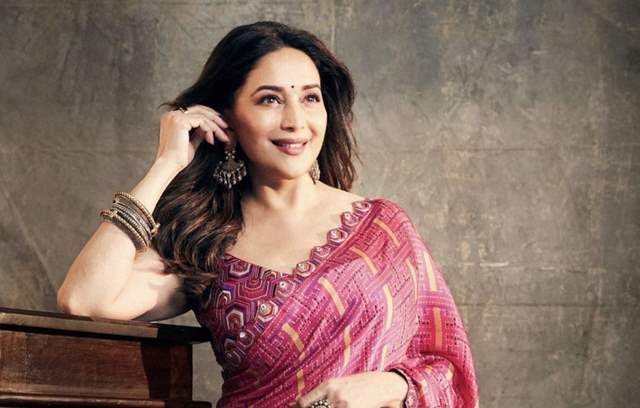 The Dhak Dhak girl and evergreen actress Madhuri Dixit have been making headlines in the past few days as her song ‘Boom Padi’ from her upcoming film Maja Ma have been hitting the charts and is trending on various music platforms.

The trailer of the film was launched today which also features, Gajraj Rao and Ritwik Bhowmik in the lead.

In a media interaction session, India Forums questioned Madhuri, ‘do you feel that the rise of opportunities, especially through the OTT sphere has initiated a 2nd innings in your professional graph?

Sharing her thoughts on the same, Madhuri stated,

“Not really, I have been working, I have been working throughout, be it Total Dhamaal or something kaam karti rahi hu main, but when I got Fame Game, I thought it was great, I got a great role to play and it filled with depth. bahut saare emotions the usme , she is a star, a mother, a wife, and everything so I think I am fortunate that I am getting these roles and I am enjoying it.”

Produced by Leo Media Collective and Amritpal Singh Bindra,directed by Anand Tiwari and written by Sumit Batheja, MajaMa will stream in India and across 240countries and territories, starting 6th October.