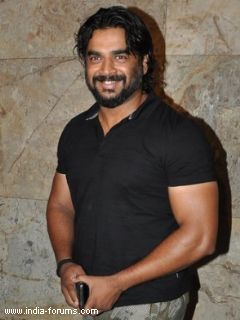 R. Madhavan, who will be seen as a boxing coach in his upcoming Tamil-Hindi bilingual, started shooting for the film here on Friday. The film is titled "Irrudhi Suttru" in Tamil and "Saala Khadoos" in Hindi.

"For all my lovely folks asking me for the past 2 years... YES... Just started shooting my next Tamil and Hindi film. Wish me luck. It's 'Irrudhi Suttru' (Final Round) in Tamil and 'Saala Khadoos' in Hindi," posted Madhavan on his Twitter page.

Madhavan plays a retired boxer-turned-coach in the film, which is being directed by Sudha Kongara, former associate of filmmaker Mani Ratnam.

The 44-year-old actor, known for films such as "Rang De Basanti" and "Tanu Weds Manu", had spent the last few months in Los Angeles preparing for his role in the film, both physically and mentally.

He had also undergone a crash course in boxing.

Madhavan was last seen in the 2012 films "Vettai" and "Jodi Breakers".