If you loved Madhavan's 13 B, one of the best horror flicks of recent times, there is some good news for you. The actor is all set for a sequel to the 2009 hit which had starred him opposite Neetu Chandra in the lead roles. 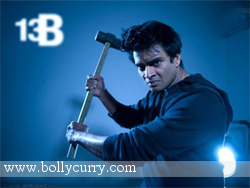 The movie, which was directed by Vikram Kumar was not only a hit with the Bollywood horror-lovers, but also had been well received by the South Indian audiences too. Now, the latest buzz is that a sequel is being planned for this fascinating thriller.

Madhavan, who will be seen in the upcoming Tanu Weds Manu, has already confirmed that the film  will start shooting soon.

Apparently, the actor is really excited about the long-awaited project where he will be once again teamed up with the 13 B director Vikram Kumar, and assures that the movie will be an enthralling watch just like its prequel. Once again, this one will also be released in three languages - Hindi, Tamil and Telugu.

We, at BollyCurry, are eagerly looking forward to this supernatural thriller and also wish the actor best of luck for his upcoming releases.