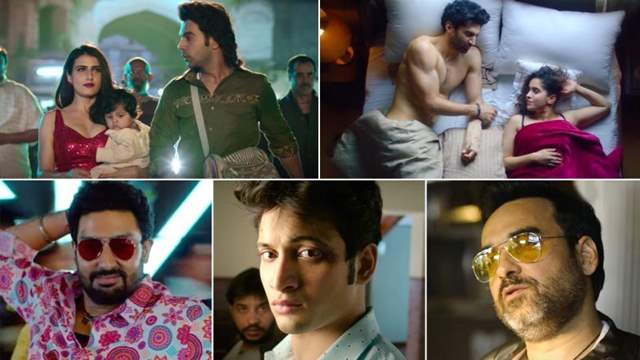 The trailer of Ludo dropped today, which has added to the growing excitement around the film. Based on four stories of crime and comedy, the trailer is action-packed with many twists and turns. Good punchlines, a tale of kidnapping and an interconnected plotline will leave you amused.

The trailer starts with Abhishek Bachchan’s funny kidnap scene with child artist Inayat Verma, followed by Rajkummar Rao’s quirky and hilarious new avatar moving up to Aditya Roy Kapur and Sanya Malhotra’s sweet chemistry, the trailer is high on entertainment. To top it off, Pankaj Tripathi’s uber-cool character is sure to grab your attention. Rohit Saraf paired alongside Pearle Maaney also make a fine addition to the thrilling drama.

Directed and written by Anurag Basu, the film is bankrolled by Bhushan Kumar, Divya Khosla Kumar, Krishan Kumar, Anurag Basu and Tani Basu. Ludo, a dark anthology comedy is slated to release on Netflix on 12 November 2020.