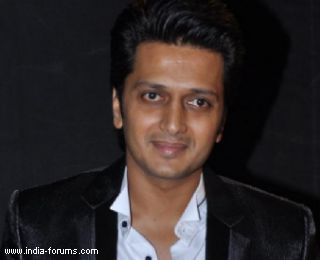 The promos of "Kya Super Kool Hai Hum" are out and have some sequences of "Kabhi Khushi Kabhie Gham" (K3G) embedded in them. Actor Ritesh Deshmukh says that the scenes from Karan Johar's family drama have been included to make fun of their sex comedy.

Ritesh also said that it was really brave of Karan to share the footage of his film and thanked him for his support.

"None of the footage that we have used in the film can be used without the permission of the filmmaker. Hats off to Karan who has a sense of humor...not many people would have the guts to give their films to be made fun off. All of us here would like to thank Karan for extending his support by giving the footage of K3G for our film," said the actor.