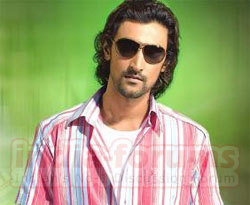 Mumbai, Dec 6 (IANS) For most actors, advertisements may mean quick bucks but for Kunal Kapoor they are serious business.

'For me, choosing the ads that jell with my temperament, taste and morality is as important as choosing the right films,' Kunal told IANS. He is doing a lot of ads these days and denies a conscious effort to build his image through them.

'If you're particular about the movies you do, you extend the same attitude to ads. My first ad for a brand of shirts was followed by a cola ad. In a new shirt ad, for which I just shot, I go into normal places like in a bus, etc.'

'I guess I'm that regular kind of guy. But I become very emotionally attached to the brand that I endorse. I've to believe in what I endorse. Again it's the same as a movie where we become one big family as long as we shoot,' says Kunal.

The year 2007 has been a lean year for the actor. 'But, you know, a lot of people liked me in 'Laaga Chunari Mein Daag' even better than 'Rang De Basanti'. Personally, I enjoyed doing the film. But after 'Rang De....'I had raised my own bars for success. That standard in my head wasn't matched by 'Laaga Chunari..'.'

Kunal is so choosy about work that for now he is work-less.

'I look at a character and find some quality that I love. My character Aslam in 'Rang De...' was sincere. Sabby in 'Hat Trick' was juvenile. I found him funny. Others didn't. In 'Laaga Chunari..' I was very laidback. I've to feel for the film and my
Featured Video 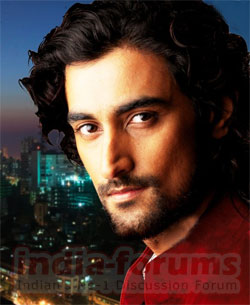 Mention Madhuri Dixit and Kunal lets out a sigh. 'I've worked with a lot of actors whose fans I am. But Madhuri was extra-special. I told her I've probably seen 'Hum Aapke Hain Koun' as many times as M.F. Husain saab.

'It took me a while to realise she was a normal human being. For a while I'd be shocked when she would get sweaty while working. How can Madhuri Dixit feel the heat? She's too normal,' says Kunal with star-struck eyes.

Kunal says shooting for 'Aaja Nachle' was like a non-stop party.

'At the last count we had 32 wrap-up parties. We've celebrated any and everything we could think of. Ranbir Shorey and Vinay Pathak had us in splits. Since they're the best friends off screen they're a laugh riot on the sets. What a pair they make!'

Hrithik Roshan is Kunal's best friend. 'I've grown up with him, though I was never part of the industry. I've friends like Amrit Sagar, Goldie Behl and Abhay Deol. The building I stayed in had a lot of film folks. So I was never star-struck...unless of course it's Madhuri Dixit.' 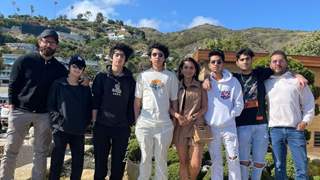 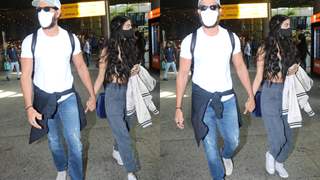 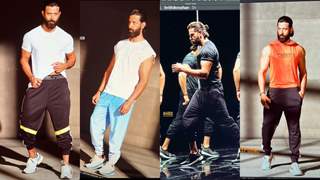 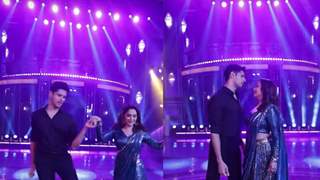