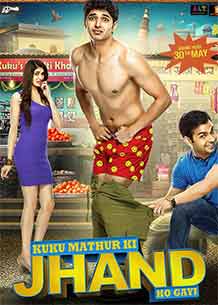 "I am very upset about it. I was hoping that it reaches out to a wider audience as it was a special film," Nambiar told reporters here.

Currently, Nambiar is busy promoting his film "Pizza", which will be distributed by UTV Spotboy.

"When you're a film producer, you are doing films and then you are heavily relying on the people you are partnering with. Here I am relying on UTV and there (for 'Kuku Mathur...'), it was Balaji Motion Pictures," he said.

"I have a say till a certain point, but after that it's upon the studios. It's not that I didn't promote the film...I would love to go all out and promote a film, and I'm doing that right now for 'Pizza'," he added.