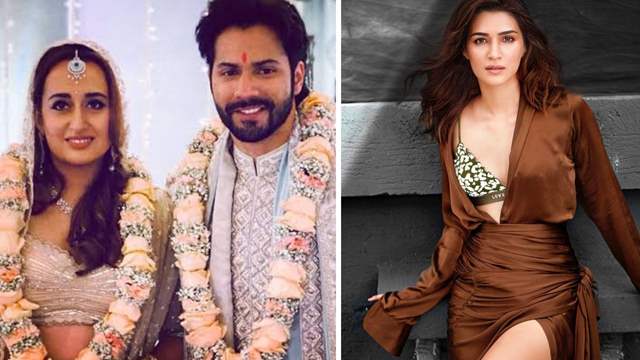 Kriti Sanon and Varun Dhawan will be reuniting on screen after six years in Amar Kaushik’s horror film Bhediya. The duo has previously worked together in Rohit Shetty's multi-starrer film ‘Dilwale.’

In the gap between these two films, a lot changed in the lives of the two actors. While both VD and Kriti went on to be a part of many successful movies, Varun also marked a milestone in his personal life as well. Earlier this year, Varun Dhawan tied the knot to his longtime girlfriend Natasha Dalal.

In a recent interview, Kriti opened up about working with Varun after his marriage and shared the one thing that has changed about him. She told TOI:

“He is married now, but he is still the same, only a little more mature than before.”

Kriti also adds that the two of them have grown as actors and Bhediya, a monster-comedy, is different from what they did in their previous film Dilwale, so it was a new experience.

After films like Stree & Roohi, Amar Kaushik’s Bhediya is an addition to Dinesh Vijan's horror film universe and is touted to be an out and out horror flick. The film had gone on floors during the pandemic induced lockdown and the cast had jetted off to the North East for the shooting.