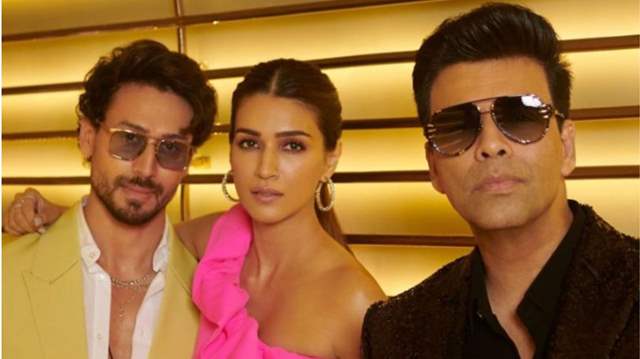 In Season 7 of Koffee With Karan, the manifestation game has been dominant. The ninth episode of the season pairs up two stars who made their debuts together but have since developed a devoted fan base.

Several little-known facts about Student of The Year, one of Bollywood's most popular films, have come to light thanks to Koffee With Karan Season 7. In the most recent episode, we learn how the film had decided on the destiny of yet another star, Kriti Sanon, from scenes that never made it to the film to the show's renowned host and the film's director Karan Johar voicing his doubts about the film. The actor recalled how her very first film audition was for SOTY.

“This was right when I had started modeling. It was my career’s very first film audition and I was asked to dance to Bahara and some scenes from Wake Up Sid. I was horrible back then,” said the star.

Tiger Shroff took everyone by surprise when Karan asked him about one thing he wants which Ranveer Singh has.

To this, he replies, "Deepika Padukone because she is talented and beautiful'. Karan bursts laughing at this revelation.

The episode will stream on Hotstar on Thursday 12:00 a.m.