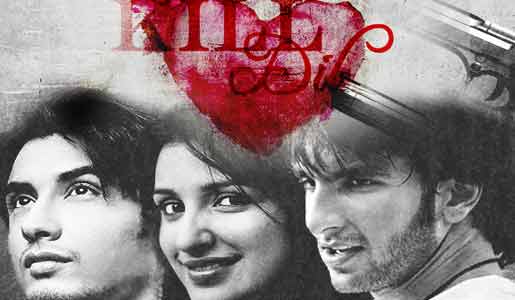 The release date for director Shaad Ali's "Kill Dil", a thriller about guns and romance, has been locked for Nov 14.

Produced by Aditya Chopra, "Kill Dil" marks Bollywood's gag bag Govinda's return to the silver screen after a long hiatus. However, this time he will be seen in a different avatar.

The story goes like this - once upon a time in North India, two killers - Dev (Ranveer Singh) and Tutu (Ali Zafar), roamed free. Abandoned when young and vulnerable, they get shelter from Bhaiyaji (Govinda) who nurtures them to kill.

All is well in until free-spirited Disha (Parineeti Chopra) enters their lives. What follows is a game of defiance, deception and love, said a statement.

Shankar-Ehsaan-Loy has composed music for the film, while Gulzar has penned the lyrics.

The film's title track is out too.

Now he is ready to strike back with "Kill Dil".