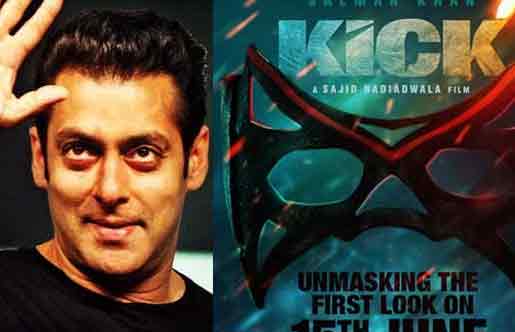 Salman Khan's Bollywood blockbuster 'KICK' is on its way to emerge as the highest grossing film ever with regards to the single screens earnings. It has earned larger ratio of theatrical revenues in single screen theatres as compared to last year's hit film 'Dhoom 3', indicating a lower all India average ticket price.  The film's performance at the Box Office in its first week is said to be similar to the Aamir Khan's film. The directorial debut of producer Sajid Nadiadwala 'Kick' has collected approximately 56 Crores nett in single screens in the first week. The difference between 'KICK' and 'Dhoom 3' reflected at the multiplexes with the latter earning 15 Crore more that included 8 Crore nett plus lead in the national chains.

'Kick' still running in theatres, has grossed approximately 81 Crore nett in two weeks as compared to 'Dhoom 3' which grossed around 85 Crore nett in its lifetime  in domestic collections.

'Kick' is touted to finish in the 85-90 Crore nett range at single screens in its third week.
2 Likes