Mumbai, Dec 7 (IANS) Director Sudhir Mishra denies that his 'Khoya Khoya Chand', which is set in the Bollywood of 1950s, is based on Guru Dutt's life.

'I've people, incidents and films from the 1950s in the background. I've captured the essence of the times by using my characters as an entry point into that era,' Mishra told IANS.

Heading towards his 60s, Mishra is now getting mellow in his work. For now, he has had enough of hard-hitting political dramas.

'Khoya Khoya Chand' is my most intensely romantic film to date. I've tried to put aside the dark brooding political parable of 'Hazaaron Khwaishein Aisi'. My biggest problem here was how do I enter the film industry as it existed in the 1950s?'

Mishra says the film is lavish by his standards.

'The producers Adlabs have left no stone unturned to give me the financial freedom to recreate that era gone by. Also, Shantanu Moitra's music really helps in recreating the aura of the era.'

He raves about his leading lady.

'Soha has evolved into such a wonderful actress. She's been amazing revelation. Soha has worked very hard.'

After 'Khoya Khoya Chand', Mishra is all set to do one more romantic film. This time it would be 'Devdas'.

'I'm trying to challenge myself into a state of intense romanticism. Not get bogged down in a predictable pattern. I don't want my filmmaking to convey reflexes that have become second nature to me.

'I enjoyed going down an unexpected route in 'Khoya Khoya Chand'. It's a bit more like my 'Chameli' than 'Hazaaron Khwaishein....',' said the director of films like 'Calcutta Mail' and 'Is Raat Ki Subah Nahin'. 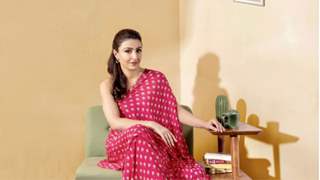