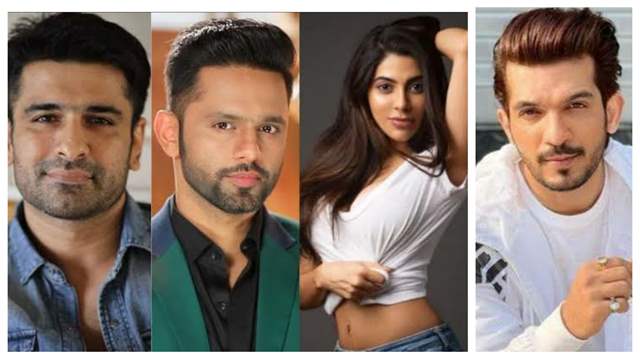 All the assumption, speculation and random names popping up is now an absolute reality where Khatron Ke Khiladi has officially set the ball rolling and the upcoming season is going to be happening faster than one would have expected.

And now a latest update which is a big one too is coming in which confirms that the contestants are all set to fly to Capetown for the shoot soon. The soon also has a date and reports suggest that the celebrities roped in for KKK's upcoming season will be leaving on 6th May and have a schedule for one month over there. Earlier, the shoot was supposed to take place in April in Abu Dhabi. However, things got delayed due to the on-going crisis and shooting permissions faced obstacle in that country. Hence, finally makers have zeroed down the date and the location has been sealed to resume shooting.

While we don't know all the names of contestants out in the news, we do know that the likes of Nikki Tamboli, Rahul Vaidya, Arjun Bijlani, Eijaz Khan and Varun Sood are surely going to be a part of the stunt-based reality show.

We are sure the fans cannot wait further.

zara_112 a month ago Sort of a bigg boss reunion. Excited to see those ppl together again