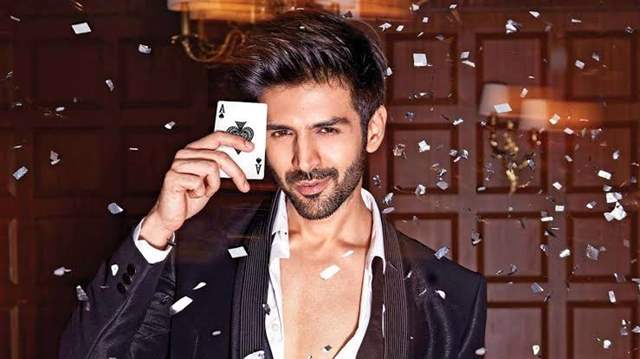 A young engineer who paved way his into Bollywood and is currently giving every actor a run for their money is none other than Kartik Aaryan.

Kartik made his debut in 2011 with Luv Ranjan’s romcom, Pyaar Ka Punchnama, wherein his famous monologue went viral and made him a star overnight. Later, he went on to star in films like Kaanchi, Akaash Vani, which did not do well on the box office.

However, Pyaar Ka Punchnama 2 proved to be a turning point for the actor, post which he finally gave Rs. 100 crores grosser with Sonu Ke Titu Ki Sweety in 2018. He delivered two blockbuster hits in 2019: Luka Chuppi and Pati Patni Aur Woh and was last seen in Imtiaz Ali’s Love Aaj Kal.

If the latest reports are to be believed, Kartik’s next with Ajay Bahl has already found it’s title. The film will be called ‘Freddy’, reports Bollywood Hungama.

As per the report, Kartik will be seen playing a character different than any other roles he has done so far. “He will have to go through rigorous workshops to get his body language and diction right for Freddy” informs a source to the website.

For Freddy, Ajay Bahl wanted someone with a sense of mischief and mystery and Kartik fitted the bill. The filmmaker has previously directed films like BA Pass and Section 375.

Currently, Kartik Aaryan has a packed schedule and will first wind up his prior commitments and then commence work on this new project. The young actor has a huge line up of exciting films ahead of him including Anees Bazmee's Bhool Bhulaiyya 2 and Karan Johar's Dostana 2. He will also be seen in the remake of Allu Arjun blockbuster Ala Vaikunthapurramuloo under Rohit Dhawan's direction.

2 months ago Really? WOW. & will they use Punjabi songs and do bhangra steps in this next film too? Will Bollywood actors finally learn to grow a spine and call out atrocities and plights when they see it? Find out on the next episode of Brainless Bollywood! #kisaanmajdoorektazindabad