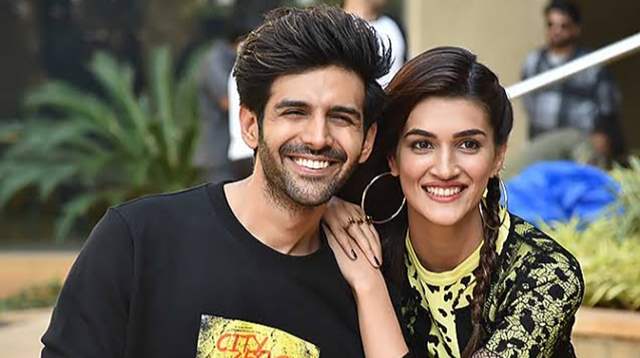 Kartik Aaryan has announced his next film Shehzada's release date.

The film also stars Kriti Sanon and it will be released on 4th November, 2022. The film is helmed by Rohit Dhawan.

Well, the actor has recently completed two films and now he has announced his next. Kartik and Kritiare coming together for second time after Luka Chuppi.

The duo is starring in ‘Shehzada’ – the Hindi remake of Allu Arjun’s blockbuster actioner Ala Vaikunthapurramuloo!

Shehzada, billed as an action-adventure, musical, and a family film.

The shooting of the film began from October first.

Kartik was also seen practicing a lot of dance steps in order to mirror the original song ‘Butta Bomma’ which starred Allu Arjun for Ala Vaikunthapurramuloo.

Kartik recently took to his Instagram to share the first look and release date of the film, while sharing he wrote alongside,

But till then there are many more Kartik’s flicks on his current list soon going to make its public appearance.

Reacting on the post many fans commented ‘Kartik Aryan the next Akshay Kumar’, ‘by this speed kartik will overtake every actor's career’, some said that the waiting time is too long but since they have Bhool Bhulaiyaa on their watch list they can manage.

Apart from Kartik and Kriti the film will also star Manisha Koirala to play the mother role which was originally done by Tabu in the south version.

Also Sanon will feature in "Hum Do Hamare Do", "Bachchan Pandey", "Bhediya" and "Adipurush", which will see her playing the iconic character of goddess Sita.

While Kartik Aaryan will also be seen in 'Dhamaka', 'Bhool Bhulaiyaa 2’ and ‘Freddy'.