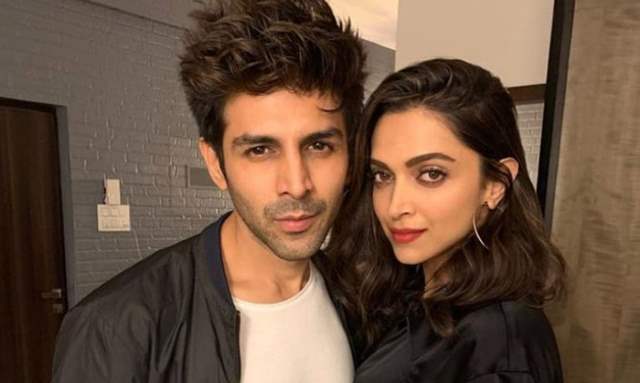 On Monday, Kartik Aaryan celebrated his 30th birthday and the actor received special wishes from Deepika Padukone. The two share a close bond and they repeatedly make it to the headlines for their fun social media banter.

In her wishes to Kartik Aaryan, the actress expressed her desire to work with him on a ‘fun film’. Taking to her Instagram handle Deepika uploaded a story as she wrote, “Happy birthday May we sign a fun film together this year.”

Now, Kartik Aaryan in his recent Instagram story has responded to Deepika’s wishes and gave a perfect reply which seems to be a subtle hint about his next project. He wrote, “Aap bas dates taiyaar rakho! Fun aur film main laa raha hoon.”

Check out his reply below: 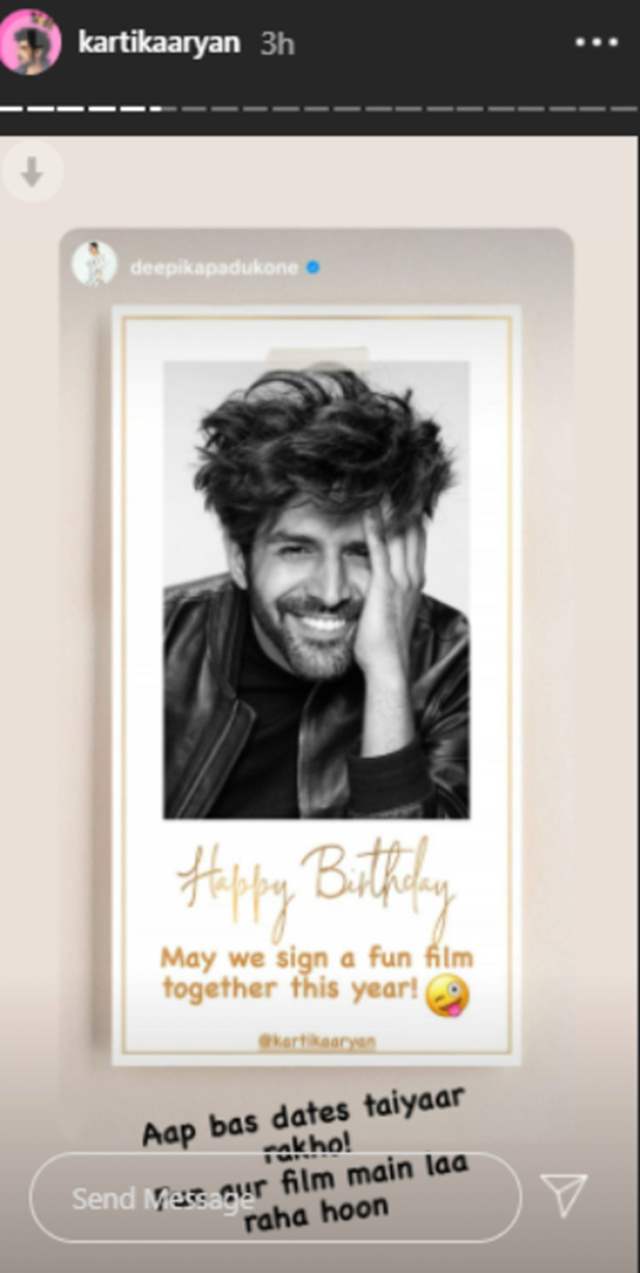 Meanwhile, on the work front, Deepika is working with Shah Rukh Khan starrer ‘Pathaan’ in Mumbai after wrapping up Shakun Batra’s untitled project with Ananya Panday and Siddhant Chaturvedi. The actress is also waiting for the release of Kabir Khan’s sports drama ‘83’ featuring her hubby Ranveer Singh in the lead.

On the other hand, Kartik recently announced  his next film ‘Dhamaka’ helmed by filmmaker Ram Madhvani on his birthday. He also has several films in the pipeline including - ‘Bhool Bhulaiyaa 2’ and ‘Dostana 2’.