Karisma to make a comeback soon?

Ever since her elegant appearance on the cover of L'Officiel, which was deemed as a sign to all her fans that she is still around, Karisma Kapoor has been making the waves!

Now rumors are rife about the actress making a comeback to the silver screen! 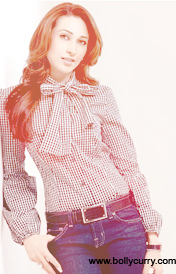 According to sources, Lolo, who took a sabbatical of sorts from movies after marriage and subsequently motherhood, has been offered three films which she is apparently contemplating to do! This Kapoor khandaan girl clearly seems to be spoilt for choice!

While Karisma is contemplating which film to take up, her fans are sincerely hoping that she doesn't go the Madhuri way. For the unknown, Madhuri Dixit lost out on some interesting projects recently as the actress demanded an exorbitant amount as her fees, which of course the producers could not afford.

For more news about Lolo's comeback be sure to watch this space!