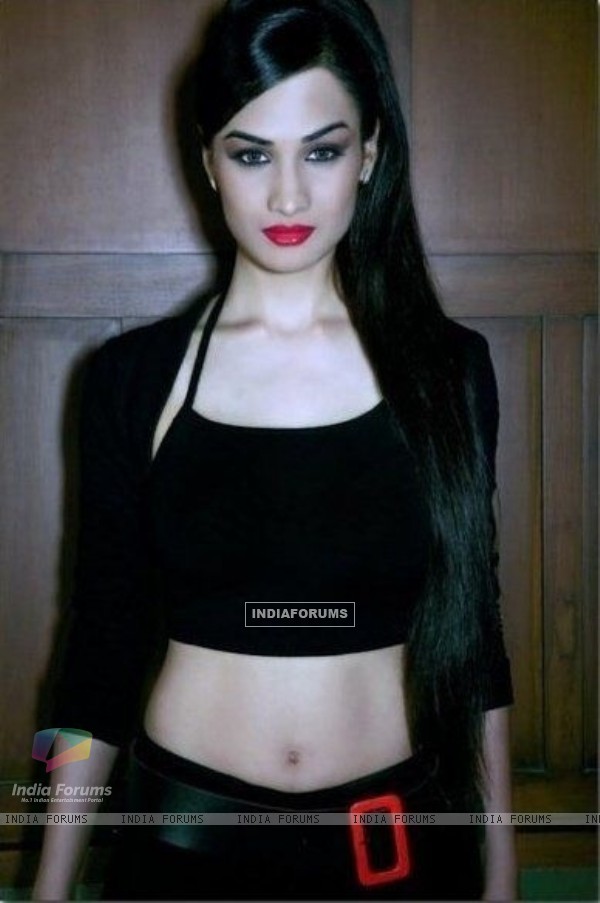 This very talented and tough actress Karishma Modi Chandhoke is seen essaying the character of female inspector Kashish in Life OK's Hum Ne Li Hai... Shapath. To all those who do not really know who the real Karishma Modi is, read on -

Kashish aka Karishma Modi Chandhoke is shown doing varied stunts in the show either to follow the culprit or to chase and catch the villain. To all those who do not know, all the stunts shown in this Life OK show is all done by her. In this male dominated world, she believes in getting things done her own way.

Walking on the moving bus without using harness, jumping from a height of sixty feet is something that she prefers to do by herself and not use a duplicate for the stunts.

Recently Shapath started off with its new Ninja series where this tough girl had to fight against the Ninjas. For the same, she went through a special Martial Arts Academy training to give the stunts a more realistic appearance.

We got in touch with Karishma and she confirms, "Yes, all the stunts that are shown performing are actually performed by me. I do not think I know any actor doing television performing such risky stunts without the use of any kind of safety tools or harness."

Karishma will be seen doing some of the deadly stunts in Life OK Now Awards. Well why stunts and not a dance number? Hear it from her itself.

"Usually we see all the actresses performing item numbers and other dance numbers. Since I do all the stunts on my own, the production house thought of presenting an act entirely based on stunts. What is different with the performance is I will be constantly performing the stunts like somersaults et all on an item number. I do not think something like this has ever happened not only in Television award functions but also in Bollywood Award ceremonies," ends Karishma.

Well Karishma you truly are an inspiration to a lot many and the TellyBuzz team wishes you all the success and good luck for your future endeavors.

Keep reading this space to know about your favorite shows.