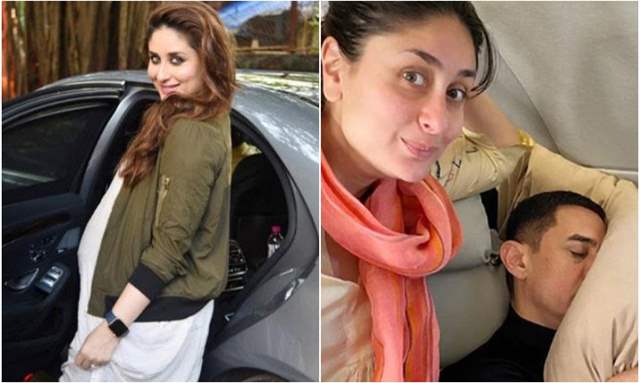 Recently, star couple Saif Ali Khan and Kareena Kapoor Khan announced that they are ready to welcome a new member into their family as Kareena is pregnant for the second time. And just like her first pregnancy, the actress will continue working and has no plans to stop.

On the work front, Kareena has her next film 'Laal Singh Chaddha' co-starring Aamir Khan coming up. The movie is the Hindi adaptation of 'Forrest Grump' and will release on Christmas 2021.

Bebo is still left to complete the shooting of the film and will join the team in the coming months. And since the actress is expecting, her baby bump is bound to be seen but the makers have the perfect trick to cover up the same.

According to a report in ETimes, the makers of 'Laal Singh Chaddha’ have decided to use visual effects and conceal Kareena’s baby bump. “Since Bebo’s baby bump is visible, it will be concealed using VFX. She has 100 days of shoot left and is expected to join the team in September-October to wrap her portions” a source informed the portal.

The film marks Kareena Kapoor’s on-screen reunion with Aamir Khan after seven years. Fans have witnessed the pairing of Kareena and Aamir Khan in films like 3 Idiots and Talaash before.

The team had started shooting for the same, however, the project had come to a halt because of the pandemic outburst in the nation. Meanwhile, Aamir Khan recently jetted off to Turkey to complete the shooting of his upcoming film Laal Singh Chaddha.