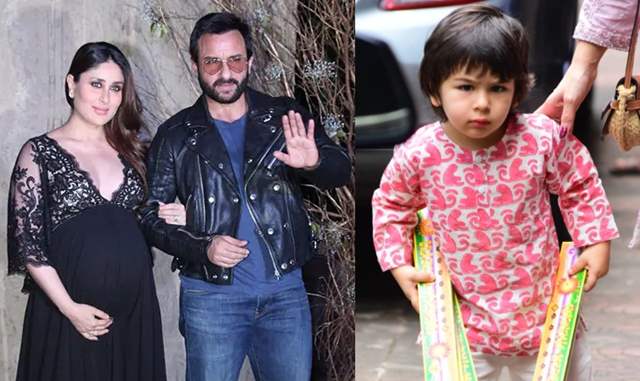 Kareena Kapoor Khan and Saif Ali Khan are all set to welcome their baby number 2. The power couple recently announced this news to their fans and followers. Through his Public Relations team, Saif sent out a message that Taimur Ali Khan is soon to be a big brother and that they are expecting an addition to their family.

Since then, social media has been filled with congratulatory messages for the parent-to-be for the second time and Bebo's fans are super excited to once again see her glowing and showing off her baby bump.

And now, in her recent interview, Kareena has opened up about turning mommy for the second time, how her little one Taimur Ali Khan reacted to the news and a lot more.

During her candid chat with Anupama Chopra, Kareena revealed how her little munchkin reacted to the news of his sibling being on the way. Kareena revealed that Taimur is all ready to have a sibling as he is a 'giving boy'.

She was quoted saying, "He is figuring out things. He is very ahead of his age. We never treated him like a kid. We treat him like an equal and adult. He is a giving boy and that he is ready."

She also mentioned how this pregnancy is going to be different than her first. Unlike the first one, Bebo revealed that she is going to focus on being healthy and fit and not binge-eat. She mentioned that during her first pregnancy she put on almost 25 kilos as she ate a lot as per people's recommendations, however, that's not the path she is going to follow this time.

Kareena said, “Last time, I just took myself for granted and became huge. I put on 25 Kgs. I don’t want to do that. I just want to be healthy and fit. I think the first time, it's just excitement. Everyone’s like parathe khao, ghee khao, doodh piyo, besan ka laddoos are coming. And now, I’m like listen I have done it before, I know what my body requires.”

She also revealed her doctor too broke the myth where mostly expecting mothers are told to eat for their baby as well, “My doctor’s like ‘listen you are not eating for two, that is just a myth. Just be healthy and be safe.’ And that is what I am trying to do,” she added.

columbia 1 months ago This is how you know women like Kareena Kapoor are so out of it... India has the highest maternal mortality rate in the world... and this is the reason why doctors in semi urban and poor families tell pregnant women that they are eating for two. It’s not a myth, it’s a response to the ground realities of our country. Women like Kareena Kapoor should use their status to spread correct knowledge not consistently show off their status. 🙄