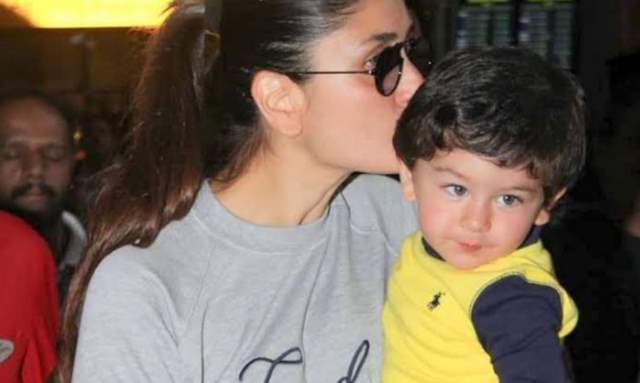 Kareena Kapoor Khan often quizzes Bollywood stars and unveils some spicy secrets on her radio show What Women Want. However, this time the tables turned as the recent guest on the show, Taapsee Pannu, asked the host some fun questions.

It all started when the two ladies were discussing women's safety and Kareena gave Taapsee a series of scenarios, and she had to answer whether it was ‘safe’ or ‘unsafe’. When she asked the Pink actress about the scenario of the son bringing his girlfriend home, Taapsee burst out saying that Kareena would be a better person to answer that as she herself has a son, Taimur Ali Khan.

“When I will get married, when I will have a son, when he will have a girlfriend… I think you are still closer to that time, so you can help me know,” Taapsee said.

To which, Bebo replied stating: “Nahi yaar, I don’t know. But I am that type. I’m a Punjabi mother.” Taapsee asked if she would welcome the girlfriend with parathas, to which Kareena said, “Nahi, bohot unsafe hai! I will be like, mat aao yahaan pe (No, it’s very unsafe! I will be like, don’t come here).

Also Read: Taimur is a Bully at Home, 'Will Kick and Headbang You’ reveals Saif Ali Khan

Recently, in an interview, Saif Ali Khan had revealed that while he tries to be strict, Kareena spoils him. Also, the actress had earlier told PTI:  “Taimur loves his time with his mother. I spoil him with the warmth and the cuddles.”

Meanwhile, on the work front, Kareena delivered a success with Good Newwz on the box office, post which she has a number of projects in her pipeline.  She will be seen next in Homi Adajania’s Angrezi Medium, which also stars Irrfan Khan and Radhika Madan.

Next, she will reunite with Aamir Khan in Advait Chandan’s Laal Singh Chaddha, and also has Karan Johar’s magnum opus Takht.

Karisma Reveals How Tough it has been for her Not Seeing Taimur, ...