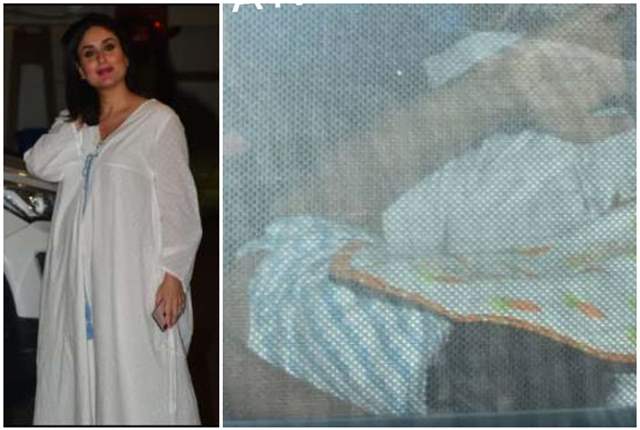 Actress Kareena Kapoor Khan and her newborn baby were discharged from the hospital today and they have finally reached their residence in Bandra. Kareena along with her husband Saif Ali Khan and her elder son Taimur Ali Khan were spotted leaving the Breach Candy Hospital in Mumbai. However, it was the newborn baby’s first spotting that caught our attention.

The newborn baby was snapped sleeping in the nanny’s arms and we can't get over the adorable baby sleeping so peacefully.

While the first picture continues to go viral, now all that we wait for is the glimpse of Kareena’s second child. We wonder when the Jab We Met actress will share the image of her second son!

Saif and Kareena welcomed their second child on Sunday (February 21, 2021), according to a report in TOI. The couple has a four-year-old son, Taimur and now they’ve welcomed a baby boy.

On the other hand, Kareena's elder sister Karisma Kapoor expressed her excitement,  about becoming an aunt again. Sharing an Instagram post, Karisma dug into the archives and pulled out an adorable photo of Kareena as a newborn. Their father, Randhir Kapoor, also featured in it.

7 months ago why have children when you want to pass them off to nannies? shameful heroine bante hai...