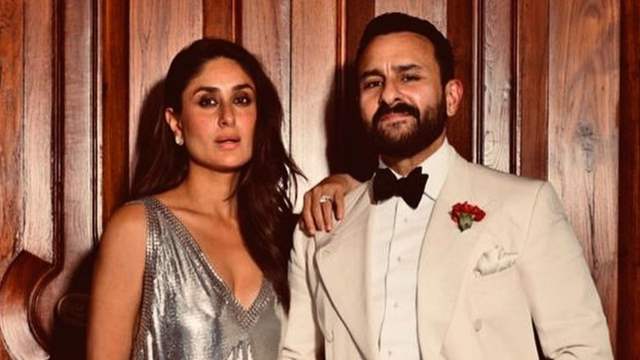 Bollywood actress Kareena Kapoor Khan grabbed all the eyeballs yesterday as a photo of the actress with a baby bump had gone viral on social media and fans have been speculating that this is the actress’ third pregnancy.

The Udta Punjab actress is seen in a friend's photo sporting a black bodycon top with her stomach protruding, which had fans' imaginations running wild. The news that Bebo is expecting her third child first appeared in the media shortly after the picture went viral online.

Well now the actress took to her social media account and posted a note squashing all the rumours, she clarified that she is NOT pregnant! and stated the reason behind her protruded belly.

“It’s the pasta and wine guys ..Calm down. I Am NOT Pregnant Saif says he has already contributed way too much to the population of our country . 🤣🤣🙏 Enjoy. KKK.”

For the unversed the actress is already blessed with two cute baby boys Taimur and Jeh Ali Khan.

Meanwhile Kareena Kapoor Khan is currently holidaying in London with her husband Saif Ali Khan and sons- Taimur and Jeh. The actress is accompanied by her sister Karisma Kapoor and her good friend Amrita Arora. 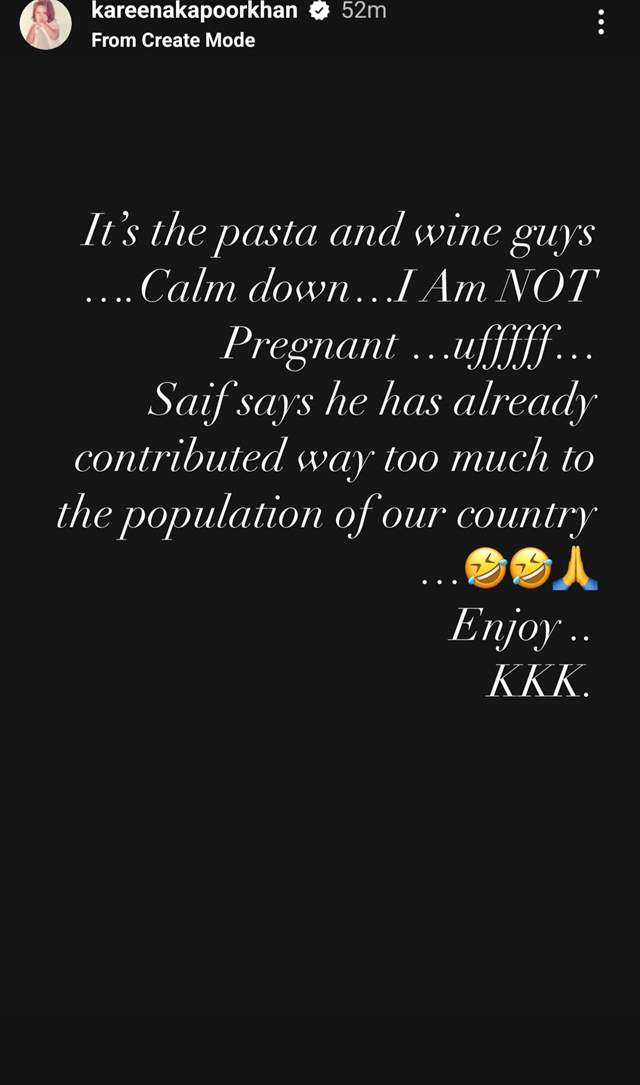 Talking about her work front, the Jab we Met actress has got Laal Singh Chaddha on the release board this August along with Aamir Khan. The actress has also recently wrapped up the film shooting Devotion of Suspect X.

+ 8
2 months ago oh wow, she addressed that in hours lol