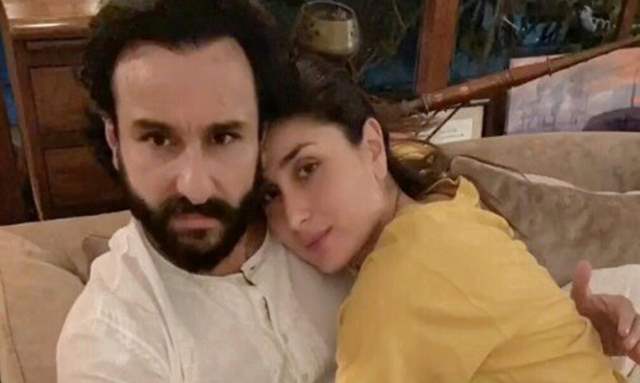 Kareena Kapoor Khan and Saif Ali Khan are rightly known as the power couple, and their impeccable chemistry makes them an adorable couple. Kareena’s candid demeanor and Saif words of wisdom make them one of the best couples in Bollywood.

Well, life for Kareena changed after she got married to Saif Ali Khan.

In a conversation with BBC Asian Network, the Veere Di Wedding actress spilled the beans on how the Nawab of Pataudi changed her perspective about several things and her takeaways from him.

“I think at that time Saif wanted to do a more commercial kind of movie,” Kareena said, adding that she only became attached to the project when Aamir Khan signed on to play the lead role. She called it one of her finest works.

Talking about the one thing she learned from Saif that has changed her the most, she said, “The best thing I’ve learned from Saif is being comfortable with myself and not always be running after money, success, fame. He’s taught me to love the greater things in life, that there’s something greater than money, fame and success, which I probably didn’t know -- like family, love, calmness, peace of mind, or reading a book, or sitting and having a conversation not about work and competition.”

Furthermore, Kareena confessed to not pursuing a career in Hollywood like Priyanka Chopra, as she can’t stay away from her family. However, Bebo being Bebo, added that she would be really good in a Hollywood film but not without saying, “I can be good in a Hindi movie also.”

Varun Dhawan and Kiara Advani all set to star opposite each ...
37 seconds ago

Mohit Kumar: Surviving in Mumbai without work is tough; it's ...
55 minutes ago