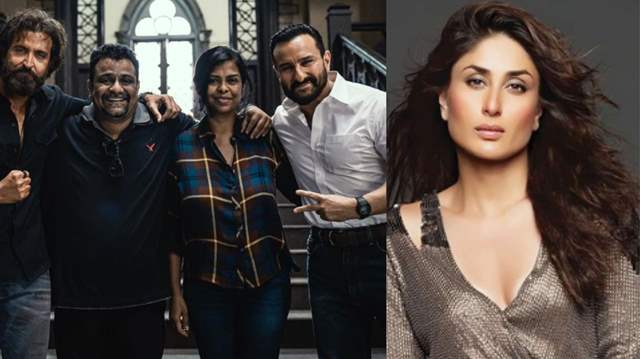 The Hindi remake of the film Vikram Vedha has been garnering a lot of buzz amongst the fans especially because of its stellar cast viz Saif Ali Khan and Hrithik Roshan. Earlier, the first looks of both the actors were out and it made their fans go into a frenzy.

A few hours ago, Hrithik Roshan took to his Instagram account and shared a couple of pictures as he announced that the filming of Vikram Vedha has wrapped up. He also penned a lengthy note along with the caption sharing the experience of the film making process and how is thankful to all the cast members and filmmaker.

While fans have been pouring in their love for the post and awaiting to witness the actor's duo on big screens, Kareena KapoorKha, being the doting wife she always is also showed her excitement. The Jab We Met actress took to her Instagram stories and re shared Hrithik's post with a note that read, "Ufff  cannot wait and" with a lots of hear eyed and hand raising emojis. 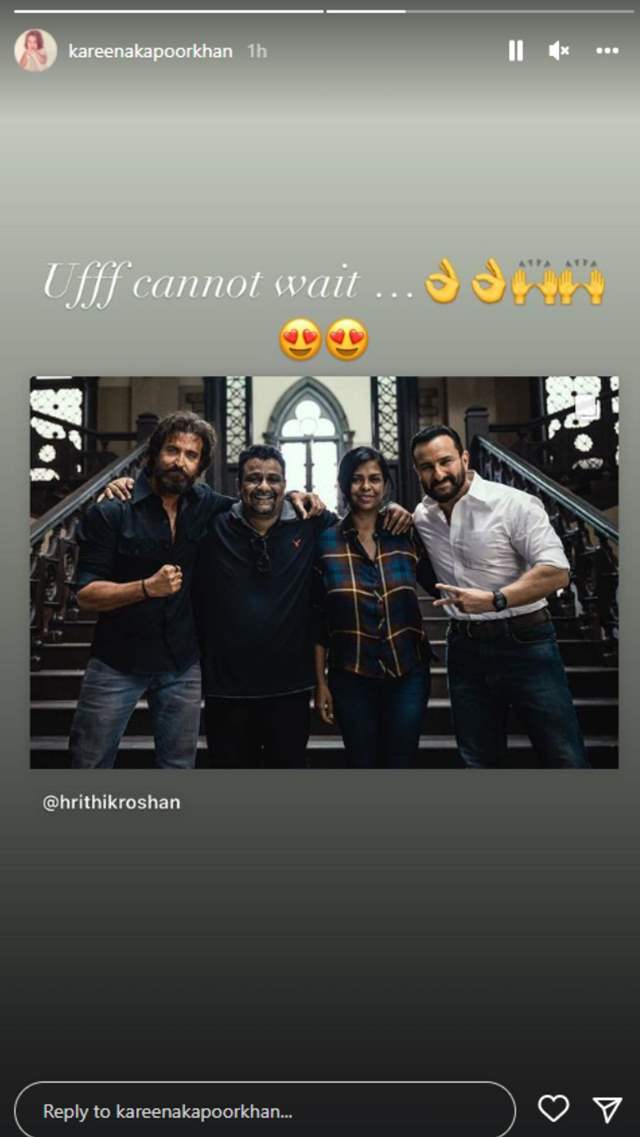 Vikram Vedha is partially based on the folk tale Vikram-Betaal from Betaal Pachisi and pits a cop against a criminal. The plot explores moral dilemmas as well as the concepts of right and wrong. In addition to Hrithik and Saif, Radhika Apte appears in the film.

Talking about Hrithik's post, he penned, “For me, this journey has been as frightful and as delightful as a skydive. Using Vedha as an opportunity of letting go, aligning with what is, finding joy in being less than, and being wrong, has felt refreshingly new for me. It’s been a journey of remoulding, rewiring and trusting. Time and my audience will tell if my instincts were in the right place or not,” he added.

The film Vikram Vedha is directed by the duo Pushkar-Gayathri, who also directed the original version.

+ 3
1 months ago All the best team vikram vedha

+ 3
1 months ago In original version film is awesome... Waiting for this too

+ 14
1 months ago Can’t wait to see a teaser soon and then trailer!

+ 6
1 months ago Kareena and saif elegant and classy Jodi 🤩

+ 8
1 months ago was gonna write odd seeing hrithik and saif in a movie together but i just remember they did na tum jaano na hum with kareena's ex bff esha deol !