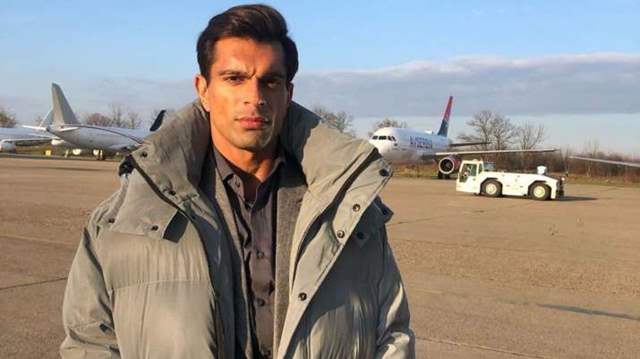 Karan Singh Grover is all set to return as Asad with the digital sequel of popular television show Qubool Hai. Featuring Surbhi Jyoti in the lead role as well, the show has been titled Qubool Hai 2.0 and the teaser of the show came out a couple of days ago, leaving everyone in absolute awe. While Karan as Asad is seen donning a corporate look, Surbhi makes for a runaway bride and it will be absolutely interesting to see how things pan out.

Karan recently spoke about taking on the role of Asad once again and revealed how the show has always been close to his heart and he feels overwhelmed with the response he has been receiving post the trailer of Qubool Hai 2.0. He also went on to highlight how the girls are in absolute love with Asad and he hopes he does not disappoint them.

Karan was last seen in Kasautii Zindagii Kay as Mr. Bajaj and he managed to swoon the fans over that time as well. The actor rose to fame with the popular youth show, Dill Mill Gayye and he continues to have the hearts of his fans.

+ 6
14 days ago I love the fact, that "Girls seem to be in love with Asad" ~ @Iamksgofficial Yo baby thank for never mincing it😘 It as always been about ASAD and forever will be 😎🤟 #QuboolHai2Point0 #KaranSinghGrover