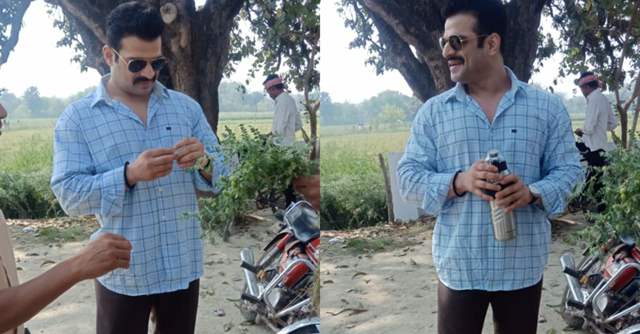 Karan Patel is all set to make his OTT debut with Raktanchal 2 on MX Player. Reports had it earlier last month that he will start the shoot soon and that he has been working on his weight for his role in the series. And well, it looks like his glimpse from the sets has fans gushing over him after all.

We came across photos of Karan shooting for the web series in Benarash and he definitely looks leaner, and at the same time, gives out a one of its kind vibes. With what seems to be an all-new avatar for the actor, it will be interesting to see what does he have in store for his fans.

The first season of Raktancha was based in Pruvanchal in the '80s and witnessed Nikitin Dheer play the leading role. The series narrates the story of the fights that took place between two criminal groups so as to obtain government tenders. While the story of the first season sounds interesting, what is much awaited is what will season 2 bring in and what does Karan have for his fans.