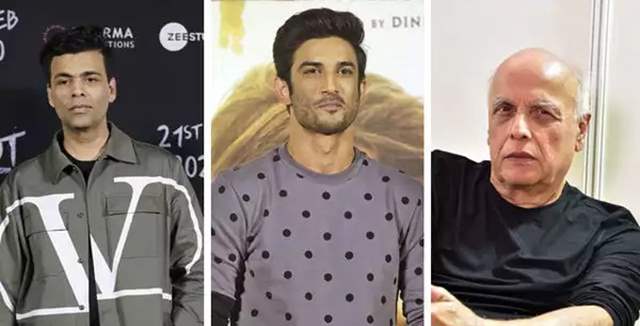 Sushant Singh Rajput's untimely death left the whole nation shattered. The 34-year-old actor breathed his last on June 14, 2020 by hanging himself from the ceiling of his residence in Bandra, Mumbai.

Fingers have been raised on many big names from the Hindi film industry and one by one the Mumbai Police have been summoning them and recording their statements. So far, filmmaker Sanjay Leela Bhansali, YRF's head honcho, Aditya Chopra, girlfriend Rhea Chakraborty, critic Rajeev Masand, Sanjay Leela Bhansali and others including some of his close friends and peers have been interrogated.

And now, as per latest development, the Mumbai Police have summoned three people who have been at the centre of the debate on social media. Maharashtra Home Minister Anil Deshmukh revealed on Sunday to the media that the Mumbai Police has now summoned Mahesh Bhatt, Kangana Ranaut and Karan Johar's manager. The state home minister also revealed that statements of at least 37 people has been recorded so far.

As for filmmaker Karan Johar, Deshmukh revealed that he will be called if the need arises. ANI tweeted the same as they wrote, "Statements of 37 people recorded so far, Mahesh Bhatt to record his statement in a day or two. Summons sent to Kangana Ranaut to record her statement. Karan Johar's manager has been called, if needed,Johar will also be called: Maharashtra Home Minister on Sushant Singh Rajput case."