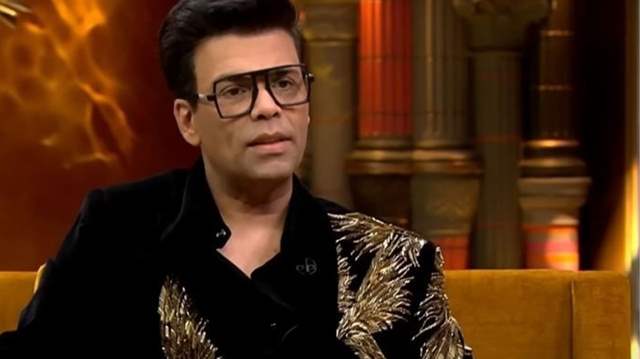 According to Karan Johar, several members of the film industry "are negative" about Brahmastra. The director avoided naming any specific individuals, although recently, directors Vivek Agnihotri and Kangana Ranaut, among others, had questioned the box office results of the Ranbir Kapoor and Alia Bhatt-starring film.

In a recent interview, Karan Johar discussed a variety of topics, including several delays with Brahmastra, his stress about the Alia Bhatt and Ranbir Kapoor movie, and much more. They added that the film first received "mixed reviews" since the viewers were unsure on how to respond to it. In addition, Karan claimed that occasionally, "negative people" in the business enjoy the "ruination" of a movie rather than seeing it succeed.

It is never a good thing, according to Karan, to celebrate a movie's box office failure.

“While I have no problems with everyone’s opinions, I sometimes feel sad, because within the industry we have some types of people, who are working for the industry and are with the industry for years… you can be critical but being negative is not nice. Critical we will accept with open arms, it is very imperative, everyone needs that policing. But I feel sometimes, some people push that from being critical to being negative."

Ayan, Alia, and Ranbir all worked with Karan's Dharma Productions on numerous movies, including Wake Up Sid, Yeh Jawaani Hai Deewani, and Ae Dil Hai Mushkil. Karan claimed that he felt as though he was 'fathering' Brahmastra.

+ 3
4 months ago Doesn't he backbite a lot in his tv show KWK and often give chance to veteran actors' kid's. Isn't that spreading negativity that too on personal level. He is mud-laced with richness. He needs to be kicked out of the industry so great talents from across the country get opportunities to work in movies. Almost all previous famous actors came from middle class back grounds. Better he joins Hollywood and invest his money there.

+ 2
4 months ago It’s still a flop and a trash movie. Maybe he should leave Bollywood and let real talents flourish.

4 months ago I guess nobody likes Ranbir and Alia as a pair then! Neither do I!

+ 2
4 months ago With raised expectations of public Bhramastra was not even 1/10th of the hype.RK was not the right choice... he looked tired in the entire movie and Alia ws not utilized 😕Its a fact... n if Karan thinks that its negative then.. we must say tat he doesn't have guts to accept other people's opinions 🙄

4 months ago Movie not worth the hype!

+ 3
4 months ago doesnt Karan know about Karma...he does negative review about people too, so when someone says its not good, then it is not..him comparing stupid vfx movie, with others then it is his prob...that movies was only 1 day or week hype, nothing more...so many bad reviews r there...& what success they r talking about