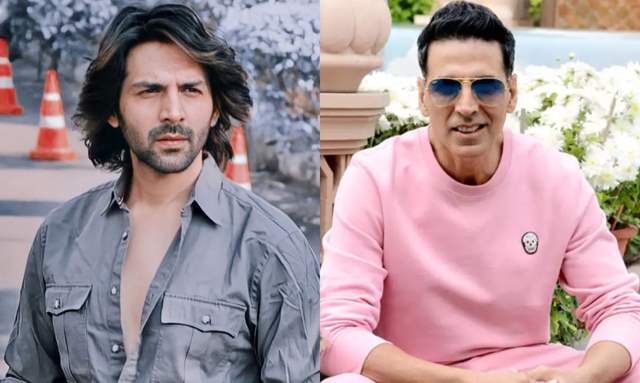 The news of Kartik Aaryan being replaced from Dostana 2 comes as a shocker to his fans. As reported earlier, the actor is being replaced due to the ‘creative differences’ and his alleged tantrums on the sets. The reports also suggest that Dharma Productions or any other film business of Karan Johar’s will ever work with the Luka Chuppi actor.

Shortly after the news of Kartik’s ouster, a recent Hindustan Times report suggests that Akshay Kumar has been requested by Dharma Productions to join the cast of Dostana 2 and save them from this 'tricky situation' since they do not have a lead at present.

The HT reported quoted a source saying, “(Filmmaker) Karan Johar has personally requested Akshay to come on board Dostana 2 and help him out, as lots of money has already been invested in the shoot of the film. So, in all likelihood, Akshay will join the cast.”

While the first instalment of the film, starring Priyanka Chopra, John Abraham and Abhishek Bachchan revolved around the story of two men who pretend to be gay, Dostana 2 will Janhvi Kapoor and debutant Laksh Lalwani as siblings who fall for the same guy.

The source added, with the new developments in the cast, “Karan is even ready to make changes to the script - which was earlier written keeping Kartik in mind — so that it fits Akshay’s character.”

Meanwhile, Akshay Kumar was recently shooting for his upcoming film Ram Setu, however, the shoot came to an abrupt halt after the actor was tested positive for Covid-19.

Considering Akashy’s schedule, he is likely to take up Dharma’s offer. Previously, he has earlier worked with Dharma Productions in Kesari and Good Newwz (both 2019).

Fan 21 days ago Karan is annoying for real smh

21 days ago Karan Johar is so annoying. I feel bad for Kartik he’s so cute.