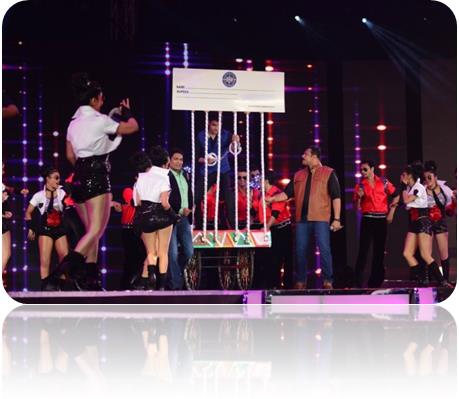 Thousands of fans of the most awaited game show Kaun Banega Crorepati on Sony Entertainment Television were living a dream when they witnessed the spectacular opening of the 8th season of the show live in the city of Surat.

pinkpearl5 6 years ago Yahooo! My two favs in one frame! CID team (duo especially) and Kapil Sharma! :D Perfect! :) Can't wait for this one!

Twilight123 6 years ago Thanks for the article...

and his real name is Aditya Srivastava not Abhijeet