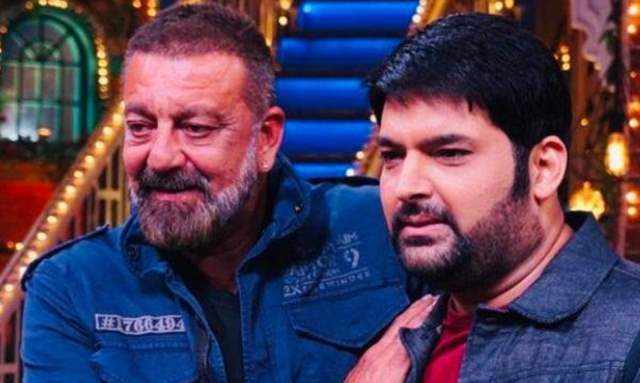 Kapil Sharma has once again landed in trouble for his sense of humour as he joked about Sanjay Dutt’s personal life.

The host landed was pull into controversy after he came up with an upsetting statement during his conversation with the Prassthanam actor. Sanjay graced the show for the promotion of Panipat.

Kapil shared his admiration for Dutt who has a past of having more than 300 girlfriends which were joke mentioned in Sanju (which sketches the real life of Sanjay Dutt). Dutt responded that he always keeps a record of his numbers and joked that his co-star Kriti Sanon could easily be his 309th girlfriend after getting impressed by her performance in Panipat.

The audience was in laughter for his joke, but it seems the joke did not go well with the war actress Dipannita Sharma who took to her twitter handle and lashed out against it.

She stated that it would not have been a joke if stated by an actress and that this went on to show society's hypocrisy in terms of gender. She was also supported by other Twitter users who agreed with her.

She wrote: “An actor on a show to promote his next release talks about his score of over 300 girlfriends.The host & audience laughs in good jest.What If a woman said the same thing on a show?Would that be a joke too?This basic gender bias is what has always been wrong.The root of all evil !”

Earlier last week Kapil saw a lot of criticism for joking about Archana Puran Singh's body figure and teasing her.