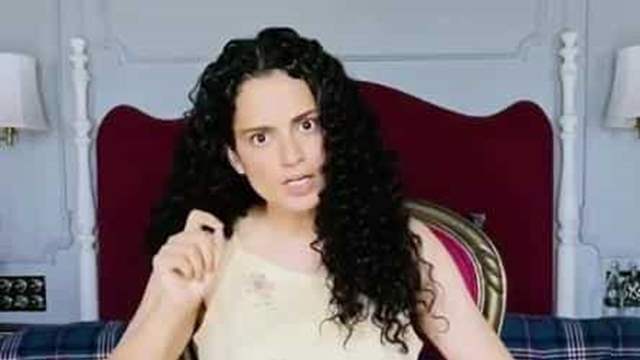 It was just yesterday when actress Kangana Ranaut took to Twitter to share that the BMC had visited her office, Manikarnika Films Pvt Ltd in Mumbai, without any notice and began 'measuring everything'.

She had also alleged that the BMC will demolish her property and asserted that there was nothing illegal about her property. Today, Kangana shared an update on the office row as she mentioned that the BMC did not bulldoze her office but sent a notice.

The BMC has served Kangana Ranaut a notice under section 354/ A of Municipal Corporation Act after inspection.

Sharing pictures of the notice, Kangana wrote: Because of the criticism that @mybmc received from my friends on social media, they didn’t come with a bulldozer today instead stuck a notice to stop leakage work that is going on in the office, friends I may have risked a lot but I find immense love and support from you all."

Meanwhile on Monday, Kangana had claimed in a tweet: “I have all the papers, BMC permissions.. nothing has been done illegal in my property, BMC should send a structure plan to show the illegal construction with a notice, today they raided my place and without any notice tomorrow they demolishing entire structure."

Kangana Ranaut is mired in a war of words with Shiv Sena leader Sanjay Raut and the Sena government over her PoK remark against Mumbai.

It all started after Raut asked the actress to not come back to Mumbai over her comments against Mumbai Police. To which, the actress had remarked, “Why Mumbai is feeling like Pakistan occupied Kashmir?”

Amid the backlash, Kangana also announced her return to Mumbai, and the Centre has extended Y-plus category security, including a Personal Security Officer and 11 armed policemen including commandos for her protection.