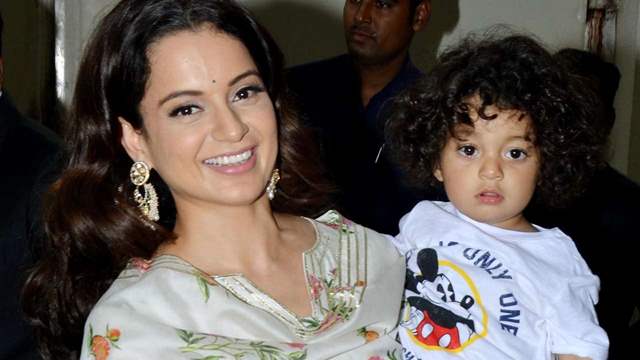 Kangana Ranaut has been busy filming Emergency, her upcoming period drama in which she is acting in as well as directing. She will be seen essaying the role of the late Prime Minister Indira Gandhi in the film. Well, recently the actress went down memory lane and shared the cutest picture on her social media.

She shared a candid photo of herself with her nephew from the sets of Manikarnika.

Along with the picture she wrote, "Throwback to my first directorial Manikarnika..when I used to get a lil visitor on my sets"

In the picture, Kangana can be seen donning a pink and white salvar kameez and is engrossed in reading the script while her nephew is cutely resting in her arms.

Kangana will be seen next in Emergency, which also features Mahima Chaudhry, Anupam Kher, Shreyas Talpade, and Vishak Nair in important roles. In a recent post on Instagram, Kangana had shared that she had completed half the work on Emergency, and was now headed to shoot for the film in Mathura. 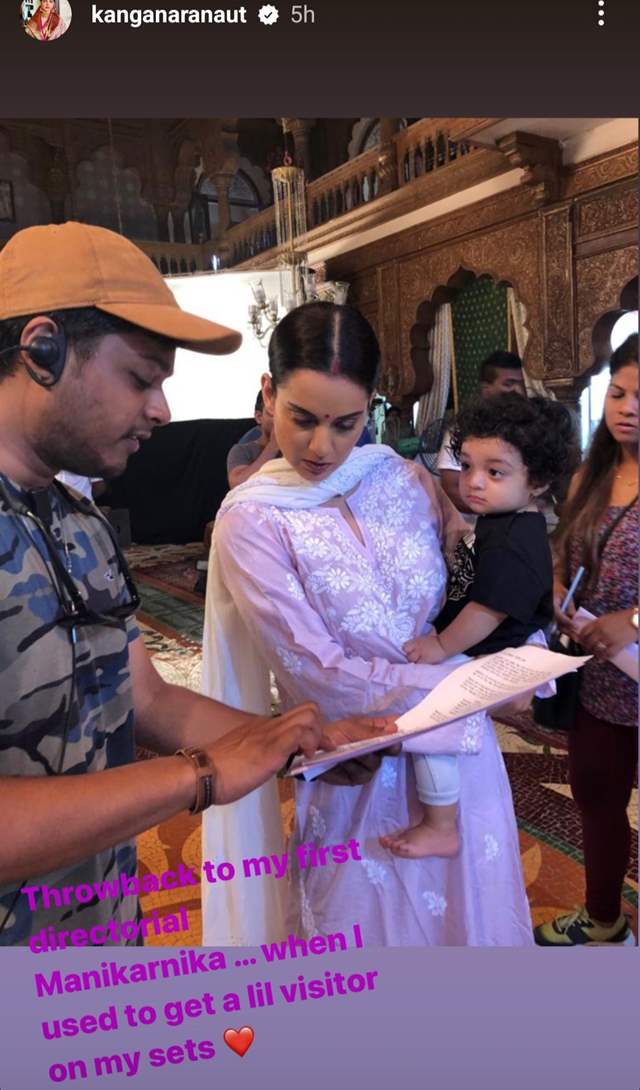 Kangana has other projects in the pipeline, apart from Emergency, including Tejas. She will portray Indian Air Force pilot Tejas Gill in the Sarvesh Mewara directorial. As per recent reports, the film might release in December this year, or in January 2023.