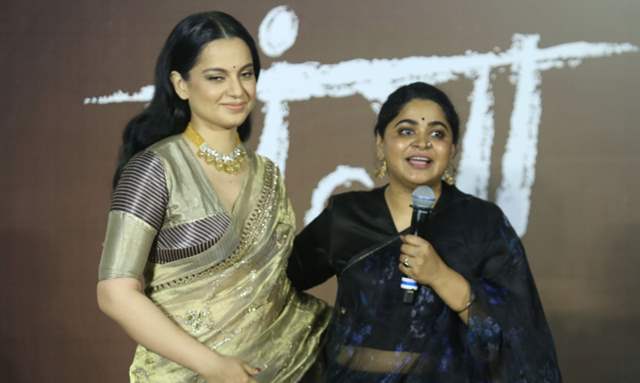 Apart from her performance, Kangana Ranaut is known for her strong and powerful comments. Her outspoken charisma has made an image for herself in B-town. The actress has survived through thick and thin and has deflected each and every blow directed towards her.

However, it is hard to deny, the actress has always found herself in the midst of controversies may it be with Aditya Pancholi, Hrithik Roshan or the infamous Karan Johar nepotism gang. Keeping all the controversies aside, Kangana is also a very renowned star.

Recently, Big B addressed Kangana Ranaut as number one actress in Bollywood and everyone seems to be in a shock!

Today, at the trailer launch of Kangana's upcoming film Panga, the actress spoke about an array of things. From her views on anti-CAA protests to women empowerment, she spoke about several topics at length.

Now, Kangana has finally spoken up about the pay disparity in Bollywood.

Talking about the basics of women empowerment Kangana said,

I think everybody has a different definition of women empowerment in their minds. I have heard some very successful women justifying the pay disparity in the film industry. I have read in interviews and articles that actresses being okay with their male counterparts getting more money for a project, giving excuses that they bring more to the table. Some even say that an actress has a lesser shelf life. So, if you do not feel empowered, nobody can make you feel empowered. You have to feel like an equal. You should feel that you are equal to others, you also have the same pancreas, same hearts, same kidneys, same eyes and other parts. So, also think that you are equal to others.Half of the battle is lost when you think that you do not deserve a certain thing. So, I feel that you are as empowered as you think you are.

On the work front, Kangana is on a promotional spree for Panga which is helmed by Ashwiny Iyer Tiwari. The film also stars Jassie Gill and Neena Gupta in the lead roles and the film will hit the theatres on January 24, 2020.

"Rhea Is Not Co-Operating With ED; Actor Claims She 'Doesn't ...
29 minutes ago