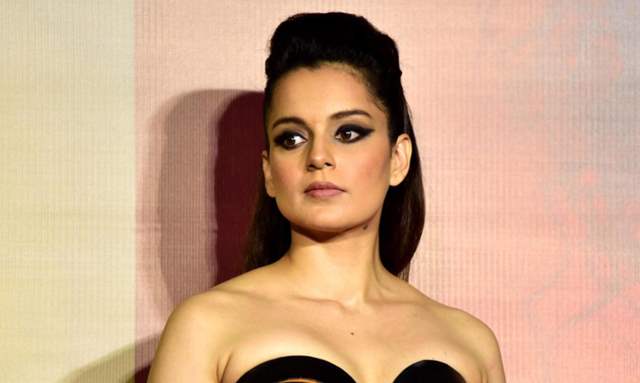 Lately, actor Kangana Ranaut has received undivided attention and has been making it to the headlines ever since she demanded justice for late Sushant Singh Rajput. The actress even uploaded a video expressing concern about the injustice being done against SSR and how he was outcasted. A lot has conspired since then and once again Kangana Ranaut has made some of the most alarming tweets recently.

Kangana Ranaut took to her Twitter handle and raised her voice against the alleged injustice being discharged against her. In her Tweet, the actress also mentioned that her life has a meaning and fighting the real fascist government in Maharashtra.

Her tweet read, “Candle March gang, award vapsi gang dekho this is what happens to anti fascist establishment revolutionaries, not like you all tumko koi poochta bhi nahin, look at me there is a meaning to my life fighting real fascist government in Maharashtra not a fraud like you all." 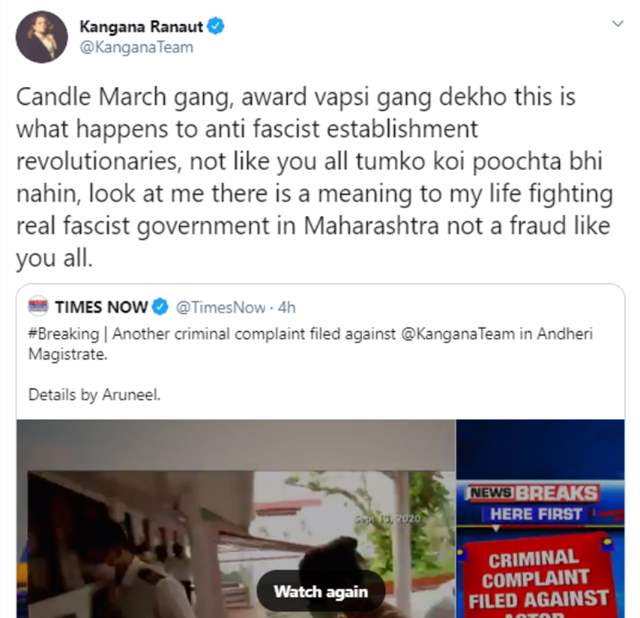 In another tweet, Kangana Ranaut shelled out a strong reaction against the complaint and stated that she worships, Savarkar, Neta Subhas Chandra Bose, and Rani of Jhansi. She also claimed that the government (Maharashtra) is trying to put her in jail and it has been making her feel confident of her choices.

She then referred her demolished property to Rani Laxmibai's broken fort. Kangana added, like Indian Politician and Freedom fighter Vinayak Damodar Savarkar was put in jail for his rebellion against Britishers, she is also being put behind bars.

In a shocking turn of events, Kangana indirectly questioned Aamir Khan as she wrote how the intolerance gang has suffered in this intolerant nation.

Check out her Tweets below: 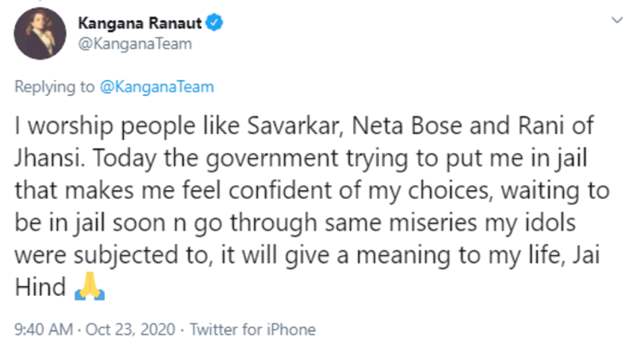 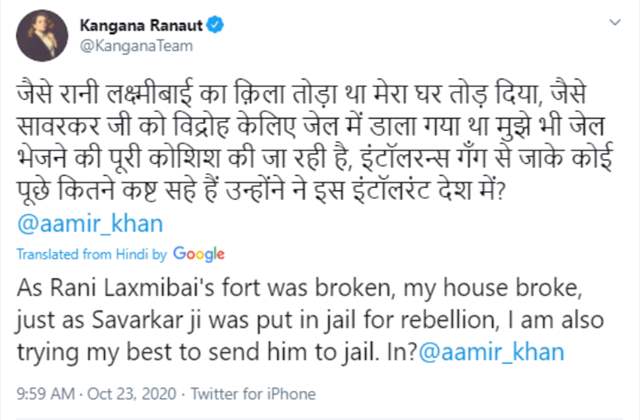 The tweets come after another criminal complaint was reportedly lodged against Kangana Ranaut.

PTI reported that a Mumbai-based lawyer has filed a complaint at the Andheri magistrate court against the actress Kangana Ranaut for making a mockery of the judiciary and posting a seditious tweet.

Furthermore, in his complaint, lawyer Ali Kaashif Khan Deshmukh also accused the actress of sedition and causing disharmony between religious groups via her tweets, stated the PTI report.

Kangana and sister Rangoli granted Interim Protection from Arrest in ...