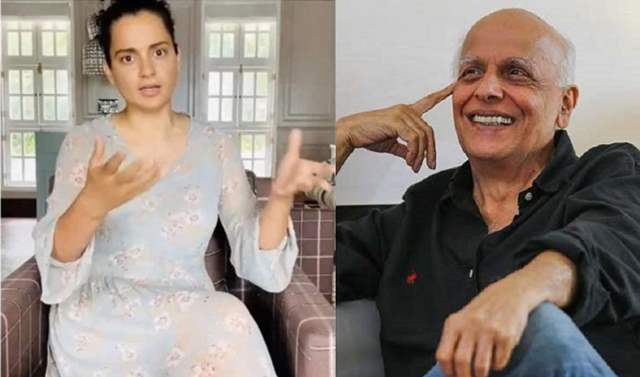 The trailer of sadak 2 has received mixed response from netizens, however, a dialogue from the film has not gone down too well with actress Kangana Ranaut

In the trailer, in one of the scenes, Alia is seen looking at the standee of a godman, and saying, “In guruo ke vajah se maine kisi apne ko khoya hai.”

Being critical of the same, a film critic posted on Twitter, “In trailer Alia bhatt says In Guruo ke vajah se maine kisi apne ko khoya hai, Just for once remove the word GURU and replace it with Maulvi or Padri can you do that Mr Bhatt No discussion just replace it and relaunch the trailer... Not asking much @MaheshNBhatt #sadak2Trailer.”

Kangana reacted to the tweet and wrote, “Nice observation, can they replace Guru with Maulavi and Kailash scandal with Macca scandal?Does Sadhus lynchings have something to do with these prejudices? Why Pankistani Pimps are allowed to spread religious hate and prejudices in Bharat? -KR #Sadak2 #sadak2trailer.”

AbhayKapoor12 1 months ago Even if kangana is selfish, she is actually fighting for right. Mahesh bhat's son was friends with terrorist. And these all r supporters of terrorism. High time, these criminals r exposed