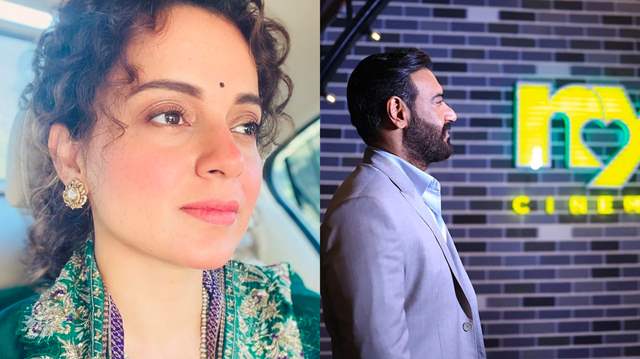 Actress Kangana Ranaut is cureently occupied with the shoot of her upcoming film Emergency. Recently the actress also shared a reel with her crew expressing how high on josh team Emergency is. Well, now the Manikarkina actress took to her social media account and applauded actor Ajay Devgn as his venture NY Cinemas is all set to have its new cinema hall launch in the city of Ahmedabad.

The city will soon see the most premium and classical movie-watching experience with unique features that the city has ever witnessed.

Kangana took to her Instagram stories and wrote,"This is the best and most effective way a superstar can utilise his resources and influence, not only it generates employment it also increases our screen count..Number of screens in India= less than 7000 Number of screens in China = more than 70,000 Congratulations sir @ajaydevan"

For the unversed Devgn's NY Cinemas located at Aamrakunj at Motera Road, Ahmedabad is spread over 25,000 sq ft and houses four auditoriums, an action-filled filmy Lounge, with a Live Kitchen, and a mocktail bar specially curated to suit the taste and palate of the people of Ahmedabad.

It offers a 320-seater Dolby ATMOS screen, a classical luxurious auditorium with all reclining seats housing 75 of them and all the four screens can play 3D movies. 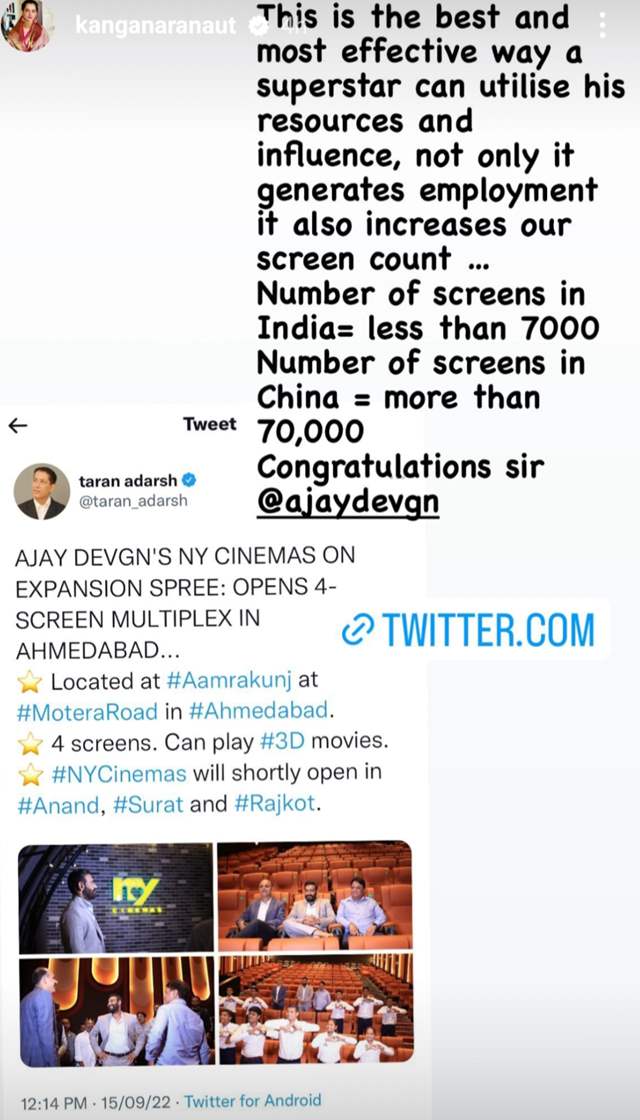 Talking about the work front, Kangana's upcoming flick Emergency is based on the time of Emergency in India when Indira Gandhi was the Prime Minister. She also has Tejas in her kitty which takes inspiration from the landmark event in the history of the Indian Air Force.

2 months ago One never knows when her words seem authentic. (She is an Actor ONLY in real life)