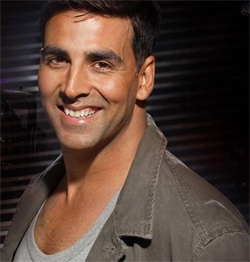 Akshay Kumar believes in entertaining audiences even if his films come with an 'illogical' tag. He admits that his forthcoming 'Kambakkht Ishq' belongs to the same category.

'I don't want to get into logical films... I am happy doing films where one can keep discussions around logic at home,' Akshay Kumar told IANS on phone from the US where he is currently on holiday.

'I want people to come with their parents and children, munch popcorn while the movie plays, get entertained, have some nice lunch or dinner after the show ends and then go back home happy and smiling,' he added.

'See, for so many Hollywood or Bollywood films out there, you don't ask around whether a particular scene or happening is possible or not. Look at James Bond movies - now don't we see so many illogical things out there? But we are fine and rightly so because these films eventually entertain. You don't search for logic there and in the same way, 'Kambakkht Ishq' too is an illogical film', said Akshay.

'And I am extremely lucky to have found this opportunity for myself. You get to see and do so many big things in just one film. Where else would you otherwise get a chance to shoot in Kodak theatre?

'You set your film in nothing less than Universal Studios, then you do stunts along with Brandon Routh (better known as Superman), you romance with Denise Richards and Kareena Kapoor and then the ultimate pleasure is to share screen space with Ramboji (Sylvester Stallone),' he said.

For Akshay, working in a film like 'Kambakkht Ishq' was akin to a dream coming true.

'Frankly, the film was not just a journey but a roller coaster ride. There are so many big and known names who are a part of the film. Moreover, what's even better is that each of the aforementioned names are essential part of the film. It's not that they have been roped in just for the sake of it. There is no gimmickry involved and you will realise that once you see the film,' said the actor.

Commenting on the film's budget, he said the makers of 'Kambakkht Ishq' haven't gone overboard.

'The film's budget is decent in fact, not that huge as some may believe, It's a reasonable budget around Rs.45-50 crore and is in the similar range as 'Chandni Chowk To China' or a 'Singh Is Kinng'. We haven't gone overboard at all.'

He also said that in spite of so much being packed in this Sabbir Khan directed film, the makers have kept the film's length in check.

'Don't worry, we won't take much of your time', joked Akshay, 'The film boasts of some power packed entertainment in those 2 hours and 15 minutes. I guess that is quite reasonable for a film of this scale.' 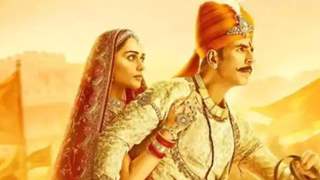