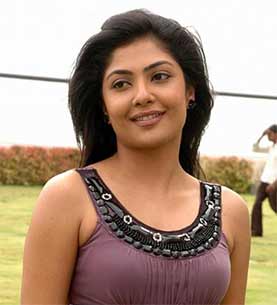 Kamalinee Mukherjee, who has had back-to-back flops in Telugu filmdom in the last two years, will be next seen in Krishna Vamsi's upcoming yet-untitled Telugu film. The director says that the actress is a perfect amalgamation of experience, beauty and confidence

She is paired in the film opposite Meka Srikanth for the second time. The two were earlier seen together in "Virodhi".

"I thought Kamalinee was just perfect for the role. She has the experience, beauty and the confidence to essay any character with ease. I don't think any other actress could have played her part," Vamsi told IANS.

The film, which also features Ram Charan Teja and Kajal Agarwal, will go on floors Feb 6.