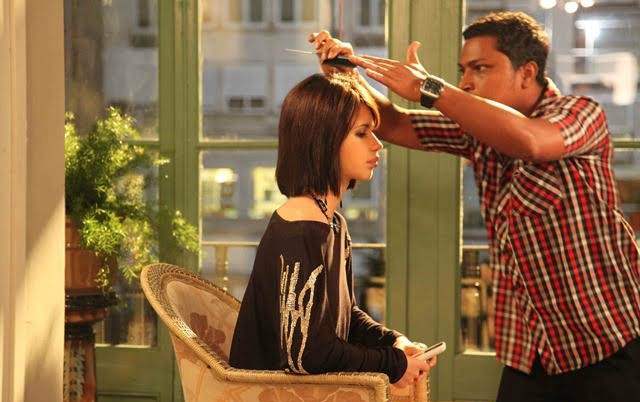 Zoya Akhtar and Reema Kagti’s Tiger Baby films ‘Off the record’ is an absorbing video series on social media where the audience can actually attain the knowledge on details and intricacies that have gone in to play a character, especially in gripping scenes, right from the actor's perception. The way that an artist himself or herself describes their art is what provides a broader picture of their art.

This time, Tiger Baby films had Kalki Koechlin narrating 'Off The Record', who spoke about her character and her look from the film 'Zindagi Na Milegi Dobara'. The actress had played the character of Natasha Arora who was essentially a pushy, insecure, and passive-aggressive fiancée to Abhay Deol's character 'Kabir'.

Kalki described to the audience how adhering to a tighter uncomfortable attire actually helped her in contributing to the poise and awkward 'poodle-like' walk of the character. Tiger baby shared the video on social media with the caption:

"Off The Record with Kalki Koechlin Zindagi Na Milegi Dobara

We make films for the silver screen but the little stories that make the big picture don’t always come through.

Here's introducing our 'Off The Record' series where cast and crew from the Tiger Baby clan let us in on what went into creating some of their best scenes, what their psychology was in that moment and why this particular scene will always remain unforgettable to them.

Off The Record with Kalki Koechlin @kalkikanmani

Scene: When Kalki talks about the character's looks"

Previously, Siddhant Chaturvedi, Ankur Tewari, Anushka Sharma, Ranveer Singh, Farhan Akhtar, and Konkana Sen Sharma have shared their stories from the films- Zindagi Na Milegi Dobara, Gully Boy, Dil Dhadakne Do, and Luck By Chance respectively. Make sure to catch more videos of the series so that you get to know the actual artistry behind your favorite scenes!

Even after seven decades of independence, are we really ...
-39 seconds ago