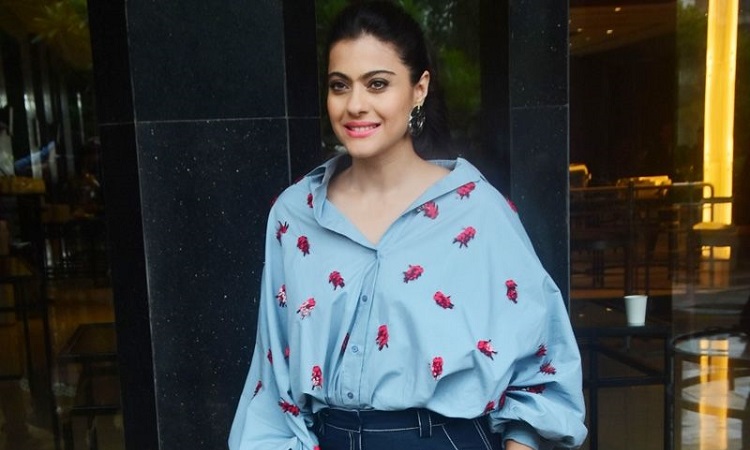 Actress Kajol will be launching song "Yaadon ki almari" from her forthcoming film "Helicopter Eela" at a college festival here.

The song will be launched by Kajol and her co-star Riddhi Sen on Monday. The song features Kajol reminiscing about her younger days in the movie, singing and grooving to the beats of the song. It is composed by Amit Trivedi, lyrics are by Swanand Kirkire and sung by Palomi Ghosh.

Trivedi and Ghosh will also be present at the song launch.

Ghosh is looking forward to the launch.

"I am as excited as I was on the first day of college! Because this is me starting out on this new journey, my first Bollywood project as a singer," Ghosh told IANS.

"And singing playback for none other than Kajol, who's 'Awara bhawre' moves I imitated and felt happy when my family said I looked just like her doing it! My memories in college apart from studying lots of math include lots of singing as a vocalist for our Indian band in the US. And now being given this chance in the movies is absolutely surreal," she added.

Written by Mitesh Shah and directed by Pradeep Sarkar, "Helicopter Eela" will see Kajol playing a single mother and an aspiring singer. The movie is backed by Ajay Devgn and Jayantilal Gada of Pen India Ltd. It is slated to release on September 7.