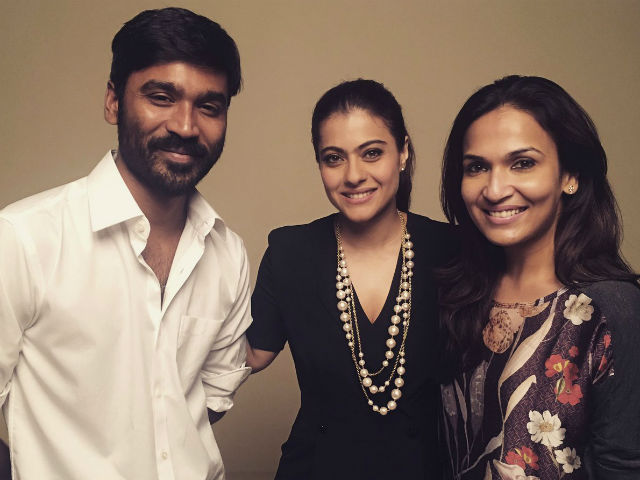 Actress Kajol, who will next be seen in the Tamil film "Velaiilla Pattadhari 2" titled "Lalkar" in Hindi, thanked her co-star Dhanush and director Soundarya for breaking her language barrier in the movie.

"I thank them as they broke this myth which was in my head that I can't speak in another language and I can't act in another language. 'Velaiilla Pattadhari 2' has been one of the most professional experience and the credit goes to Dhanush and Soundary," Kajol told the media at the trailer and music launch of the film here on Sunday.

"I was lied upon saying that you don't have to speak in Tamil. They proved me wrong the first day because they gave me a long script with two scenes and huge dialogues. They said at least try," she added.

Asked if she was headed towards southern cinema because she was not getting offers in Bollywood, she said: "I always look forward for good script. It doesn't mean I haven't got good script in Hindi. It was just that I loved this one."

Denying plans on wearing a director's hat in the near future, Kajol says she loves acting.

"Velaiilla Pattadhari 2" or "Lalkar" is an upcoming bilingual action-comedy-drama film directed by Soundarya Rajnikanth. The story and dialogue has been written by Dhanush. The film will release on July 28.

jasmeet92 3 years ago When I 1st Watch Ranjhana Movie I Became Big Fan Of Dhanush & Now I'm Waiting For His Next With Kajol ...

Sanjay Dutt Admitted In Hospital Due To Breathing Problems; ...
45 minutes ago