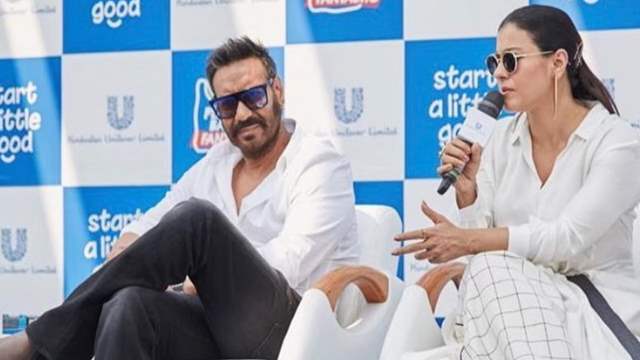 Kajol and Ajay Devgn are one of the most adorable couples in Bollywood. They worked together in films like Ishq, Pyaar To Hona Hi Tha and Dil Kya Kare and soon their love blossomed in real life as well.

The couple tied the knot in February 1999 and have two kids: daughter Nysa and son Yug together. The duo has been married for more than two decades and continue to set major couple goals for one and all.

However, in a recent interview, Kajol revealed that her father, filmmaker Shomu Mukherjee was against the idea of her getting matured at an early age. She also shared that it was her mother Tanuja who supported her and encouraged her to follow her instincts.

“My father was against me getting married at 24. He said that I should work more before I tie the knot. My mom was my biggest supporter, and told me to go with my gut. I have been lucky that everybody around has always stood up for me. So, I did exactly what I wanted to do. I didn't have to face patriarchy. Or maybe I faced it without realising, because I can be oblivious in some situations” Kajol told Mid Day.

Previously while promoting her upcoming film Tribangha, Kajol had opened up about her relationship with her mother Tanuja. She said that her mother shared everything-right from her separation with her father to her being a working woman-like an adult.

On the work front, Kajol will be next seen in Renuka Shahane’s Tribhanga which also stars Tanvi Azmi and Mithila Palkar in the leading roles.

‘From parent’s break up to being a working mother’, Kajol says her ...