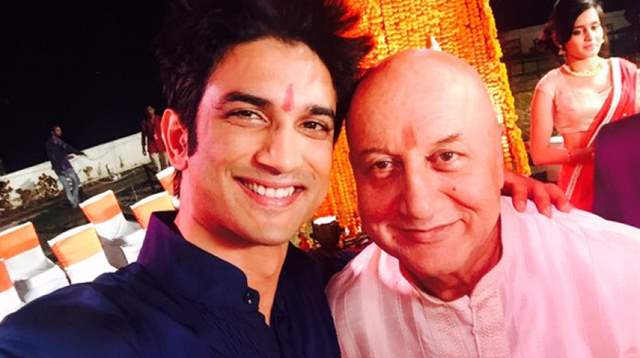 It’s been more than a month since Sushant Singh Rajput’s untimely demise. The actor passed away on June 14 2020. While Sushant's post mortem reports suggest asphyxia due to hanging as the reason for death, reports of professional rivalry have also come to the surface and are being probed by the Mumbai Police. In a shocking move, the late actor’s father K K Singh filed an FIR against  Rhea Chakraborty and five other people for abetment of suicide at Rajiv Nagar Police Thana in Patna.

Since then a lot of blame game and ‘he said-she said’ is taking place in regard to Sushant’s death case. While the truth is being investigated by the Police officials, fans across the globe have pledged to fight for justice for Sushant. However, what’s unsettling is the pin-drop silence by Bollywood and it’s actors.

Kangana Ranaut, Shekhar Suman are among the very few actors who have raised their voices in Sushant’s mysterious death and the fight to justice. Meanwhile, other names right from A-listers to filmmakers, all have their lips sealed in this case.

On Tuesday, Anupam Kher broke his silence and joined the fight for Justice for Sushant. In a heartfelt video, the actor who played Sushant’s on-screen father in the film M S Dhoni stated that the late actor’s family deserves to know the truth. Without taking names or blaming anyone, Kher hopes for the truth to be uncovered.

This is the least we owe him. This is the least we can do for him. Sushant’s family deserves to know the truth. His friends, colleagues, loved ones and millions of fans who loved him deserve to know what caused his death. If we have any humanity left, then we must raise our voices today. So much has been said, there are so many conspiracy theories, but it is not about who stands on which side anymore, it is about ensuring, that this case reaches a logical conclusion. We must know the truth.??#JusticeforSushant.”

The case saw a shocking turn after Sushant’s father K K Singh alleged that Rhea took money from Sushant and instigated him to commit suicide. Singh filed a 5-page complaint against Rhea wherein he claimed that the actress made Sushant move houses, change phone numbers and also change his personal bodyguard and staff. He also alleged that Rhea and his family duped Sushant's money and overdosed him on medicines by telling others that he had dengue. K K Singh also stated that Rhea threatened to leak Sushant's medical reports in public and instigated him to end his life.

After a team of officials from Patna arrived in Mumbai, IPS officer Vinay Tiwari reached Mumbai from Patna on Sunday to lead the Bihar Police team investigating Sushant's death case. However, Bihar Director General of Police (DGP) Gupteshwar Pandey stated that the IPS officer has been forcibly quarantined by BMC officials.

Roadies Revolution: Double eviction and many more surprises ...
a minute ago