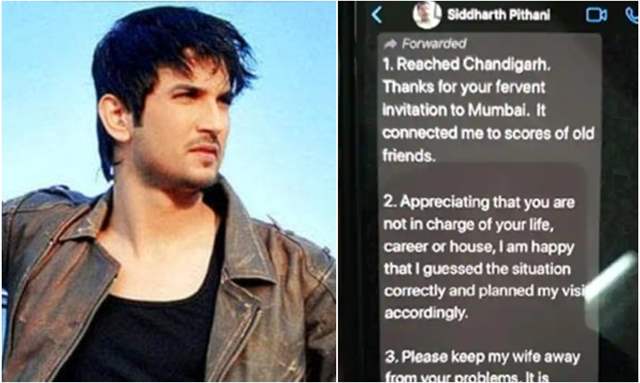 In the latest developments around Sushant Singh Rajput’s death case, the late actor’s roommate Siddharth Pithani has shared some messages sent to him by Sushant’s brother-in-law OP Singh in February. Reportedly, Singh sent the messages to Siddharth to pass it on to Sushant after he failed to connect with him directly.

According to India Today, one of the messages addressed to Sushant, read, “Appreciating that you are not in charge of your life, career or house, I am happy that I guessed the situation correctly and planned my visit accordingly.”

One of the many messages from Singh, who is married to Sushant’s sister read: “Please keep my wife away from your problems. It is because of company you keep, unhelpful habits and gross mismanagement. I am determined to ensure that my wife is not penalised only because she is good...”

Referring to Rhea Chakraborty as his girlfriend, he said in another message, “Appreciating that I am the only one who can help you, I am still available. In case of need, tell whoever is in charge of your upkeep and maintenance - your girlfriend, her family or your manager -to work out a mutually agreeable arrangement with my office.”

Another message read “The message is to let you know my thoughts on the subject. If you find it unnecessary, simply ignore, have a government to run, a department to manage and a family to look after. Awfully short on time and energy.” 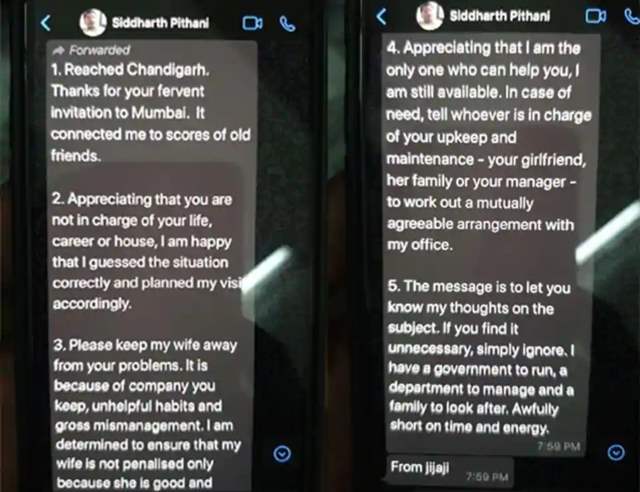 Siddharth Pithani shared the messages at the same time when Sushant Singh Rajput’s family shared the WhatsApp messages they sent to Mumbai Police in February informing that the actor’s life could be in danger.

Meanwhile, Sushant’s father KK Singh has also released a video statement on Monday in which he said that he had “informed Bandra Police that the life of my son Sushant is in danger.” Singh has also filed an FIR against Rhea Chakraborty and five others for abetment of suicide.

Anurag Kashyap's Lawyer Releases Statement on His Behalf
21 minutes ago