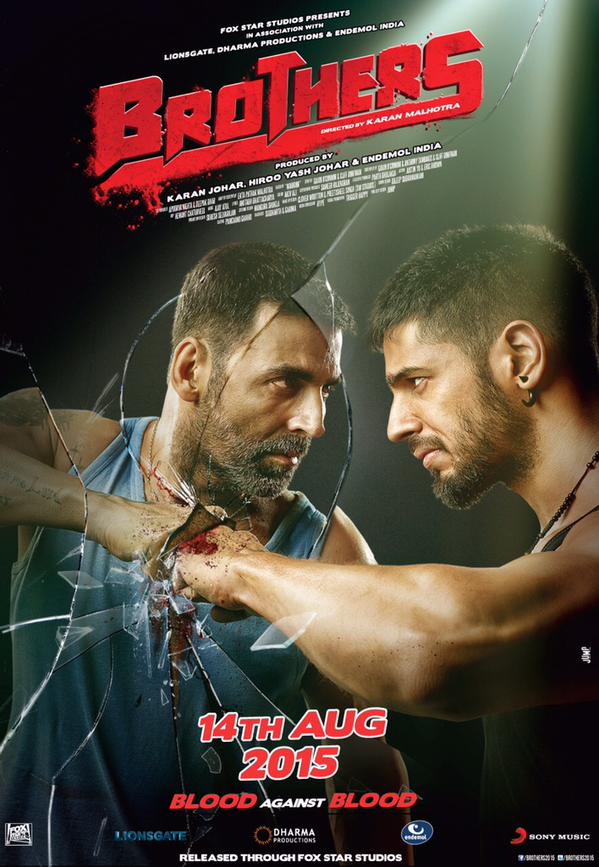 Few minutes back the lead stars of the upcoming film 'Brothers' launched their new poster.

Just a minute later we had our Khiladi Akshay Kumar who shared the same and wrote: Here's the brand new poster of @Brothers2015! #BrothersAug14

It not even an hour that the new poster is unveiled and it is already going viral on the social sites.

Brothers produced jointly under the banner of Karan Johar's Dharma production and Endemol India is directed by Karan Malhotra. Akshay Kumar will be seen playing David Fernandes and Sidharth Malhotra will be seen as Monty Fernandes.

This war between the same bloods can be witnessed on the big screens on the 14th August, 2015. Put on your fight gloves and gear up to catch on some dishoom-dishoom along with a twist of love.

+ 4
5 years ago Awesome poster.. both Akki and Sid are looking superb..