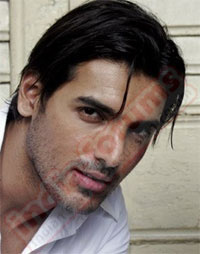 Mumbai, Oct 27 (IANS) Actor John Abraham accompanied by girlfriend Bipasha Basu attended the MotoGP, the 2007 Grand Prix of Malaysia, where he shook hands with legendary racer Marco Melandri, and he just can't stop talking about it.

Back in Mumbai, John could barely contain his excitement.

'Do you know what attending the Grand Prix means for a wheels-freak like me? I was able to go up right to the starting grid where the mobikes are positioned to take off for the race. And I got to shake hands with the legendary racer Marco Melandri!' an excited John told IANS.

'It was just such a wonderful experience. I can't tell you what it meant to me. It was like shaking hands with (cricketer Mahendra Singh) Dhoni just before he gets on to the field to hit a century.'

John had more excitement in store. He went to Rome for the Rome Film Festival where his new movie 'No Smoking' was premiered Oct 24. The film, directed by Anurag Kashyap, hit the Indian screens Friday. 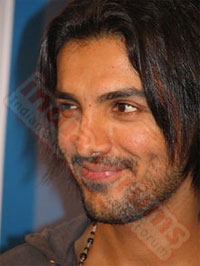 'That's the new excitement born out of a new challenge that I created for myself. I love walking on the untrodden path. My two most passionate attachments in life are bikes and movies. And I like to ride the defiant route. That's why I did 'No Smoking'.

'It won't be wrong to call it my most defiant film so far. It's a non-conventional, as I like my films to be. But it's also very entertaining.'

Are you nervous about the unusual role?

'Not quite,' said John. 'The excitement persisted all through the making of 'No Smoking'. I was doing something I had never done before. Now regardless of how well it does at the box office I think I stood up capably to the challenge of doing something so unpredictable. Yeah, I like what I've tried to do in the film.'