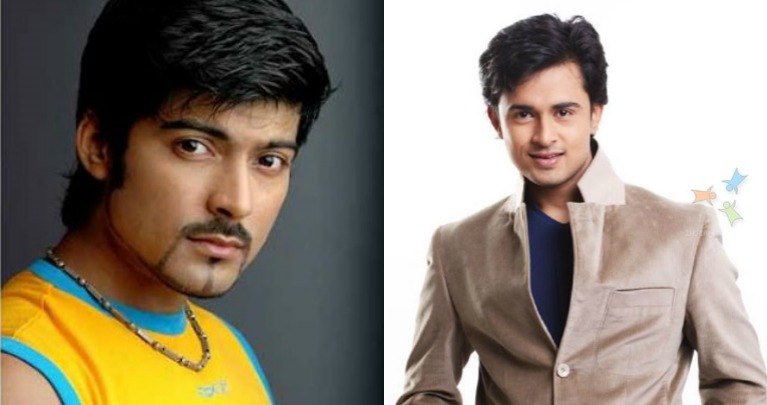 Since the time Laut Aao Trisha (24 Frames) has become an episodic, a lot of famous and known actors have featured themselves on the show. The storyline of each show may differ but they are always followed by the courtroom drama.

Viewers of Laut Aao Trisha will soon witness the tale of 'Two Mentalists'.

Our source informs us, "Jignesh Mehta plays the character of Anand and Pankaj Singh Tiwari essays the role of Benu. Well, the story goes this way - It is about two magicians i.e. Anand and Benu. Anand is dressed in a complete black attire including his hat and on the contrary, Benu in white attire with white hat. This makes it very obvious that Anand is a rich magician and Benu is a street magician."

Our source further adds, "One day, their Guru calls both of them to teach them the final lesson - mentalist. Mentalist is all about reading someone's mind and controlling it. Anand and Benu come back to their consciousness and seeing that their Guru is dead and the blooded knife is in Benu's hand. Both of them are brought to the court to find who the murderer is. Anand refuses saying Benu had the knife in his hand and Benu too refuses saying he did not murder his Guru. Well, eventually, one the other students of the Guru have murdered him for not teaching him the mentalist."

This is one episodic that will keep the viewer gripped for sure!

Keep reading this space for more updates on your favorite shows!

+ 2
9 years ago rest in peace monaji
lots of strength to ur loved ones who u hav left behind :-)

+ 2
9 years ago Saddened to hear of her demise. I always admired this lady for her strength and courage. May God give her kids the strength to bear this great loss.

She was truly a gr8 woman considering how she bravely faced all the unhappiness and betrayal in her life. May her Soul rest In Peace.

+ 2
9 years ago This woman was someone I really respected and looked forward to meeting one day. She was married to Boney Kapoor at a very young age (19 years old). He had an affair with Sridevi and got her pregnant from the affair. He divorced her 10 years ago after 13 years of marriage. He married Sridevi soon after the divorce. This women let him go and single handedly raised her 2 kids while living with her in-laws. Her in-laws were kind and supported her. She built one of the largest and famous studios in India. I truly admire her and salute her courageousness. Anyone who wants to read her interview can go to this thread at india-forums:
http://www.india-forums.com/forum_posts.asp?TID=1765491

9 years ago Admire Mona for her fighting spirits...may her soul rest in peace.

+ 2
9 years ago Sad to hear this as she had to go through hell past 15 years or so...unbelievable that good people always suffer in the real life too...RIP Mona ji...

+ 2
9 years ago I never read so many genuine comments from the fraternity like am reading right now.

May God give strength to her children to get through this difficult time.