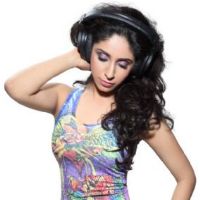 Colors TV ongoing celebrity dance reality show Jhalak Dikhhla Jaa 5 - Dancing with the stars is trying to bring out something new every week. Tellybuzz earlier reported that this season of Jhalak will be introducing six new dancing stars to the stage of Jhalak, who will be entering the show through wild card entry. The 5 names as Karan Wahi, Rithvik Dhanjani, Jay Soni, Avika Gor and Rashmi Desai Sandhu have been already revealed who will be seen making their entry to the show as wild card entrants.

Neha Bhasin, who is best known for her singing, is also a songwriter, performer and a TV hostess. Recently, the song Dhunki from the movie Mere Brother Ki Dulhan sung by her was a big hit. Now Neha will be seen giving a tough fight to all other contestants by burning the dance floor of Jhalak with her amazing performance in the wild card entry.

We get to know that only two contestants will be making their entry as the wildcard entrants.

Mario. 8 years ago waiting for Rithvik Dhanjani in Jhalak..congrats!

Priya8080 8 years ago Really karan wahi waiting for your entry in jhalak.